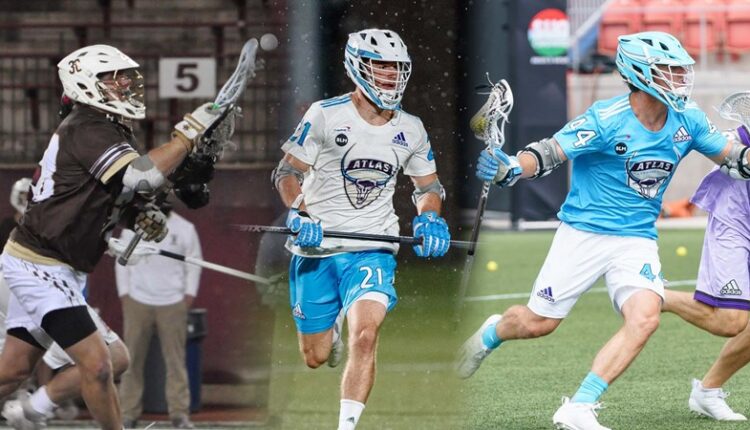 BETHLEHEM, Pennsylvania – Three members of the Lehigh men’s lacrosse family have made the Premier Lacrosse League team list as the league kicks off its 2021 season this weekend at Gillette Stadium in Foxboro, Massachusetts. Former Conor Gaffney and Craig Chick will compete for the Archers and Atlas respectively, while assistant coach John Crawley is also on the Atlas roster.

Gaffney was voted 21st overall in the April PLL Collegiate Draft. He finished his college career with 686 of 1,081 faceoffs (63.5 percent) with 401 groundballs. Gaffney is the all-time leader of the program at groundballs and faceoffs, which are also the first and second in Patriot League history. Gaffney is the Patriot League Faceoff Specialist of the Year 2019 and won the Lehigh Athletics Graduating Male Athlete and Graduating Scholar-Athlete of the Year awards. He is an Honorable All-American in 2019 and a three-time Academic All-American. Gaffney joins Stephen Kelly as a faceoff specialist on the archers list.

Chick is entering his third season as a pro, the second in a row in the PLL. The NCAA’s all-time leader in caused sales (160) was named a Major League Lacrosse All-Star in 2019 and finished the season in the MLL in fourth place in caused sales at 20, while adding 48 groundballs in 16 games. Last summer he played in all five Atlas competitions and recorded 13 groundballs and five caused turnovers and one assist.

Crawley scored three goals and two assists for the Atlas last summer, a year after scooping eight points in the 2019 regular season (to go with two goals and two assists in the postseason). At Johns Hopkins, Crawley played in all 60 games, starting 30 while scoring 70 career goals and 30 assists. Among many highlights, Crawley was a two-time USILA Honorable Mention All-American. The two-time captain was named to the NCAA All-Tournament Team in his sophomore year and helped the Blue Jays to the Final Four.

The Atlas and Archers will kick off the opening weekend on Saturday June 5th at 7:45 pm on Peacock. For the full PLL 2021 schedule, please click here.