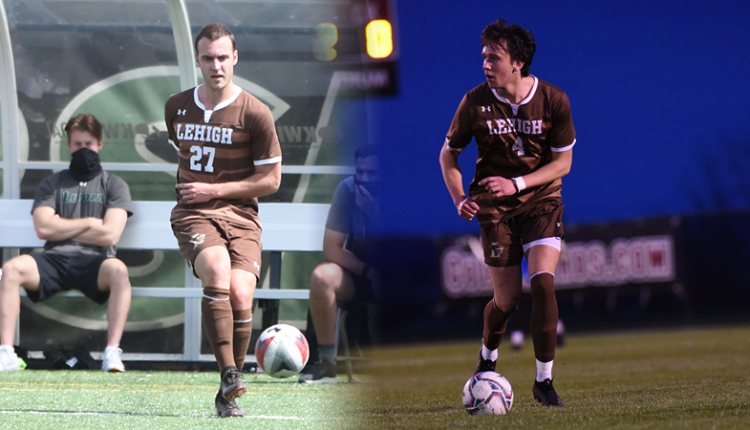 BETHLEHEM, PA. – For the first time since the 2017 season, the Lehigh men’s football program has at least one member on the Academic All-Patriot League team, and for the first time since 2015, there are two Mountain Hawks on the list. Senior defender Jonathan Blaine and second defender Euan Forrest have been added to the 11-man list for the spring 2021 season.

To qualify for the Patriot League Scholar-Athlete and Academic All-Patriot League awards, a student-athlete must have a cumulative grade point average (GPA) of at least 3.20 and be a starter or key player in their sport. Freshmen are not entitled to this award.

Blaine had a breakout season in his senior year at Lehigh, appearing in four of Lehigh’s five games, including one start in three. He scored his first career goal at Loyola Maryland (03/27) from a corner. A business major and a three-time member of the Patriot League Academic Honor Roll, Blaine earned a GPA of 3.64 in his academic career.

Forrest is one of those defenders who almost always has a hand on the offensive side of the ball, counting three shots, including two in his last game at Lafayette, where he also played 90 minutes on the field. He started two of his three appearances that year. Forrest studied Behavioral Neuroscience and has had a cumulative GPA of 3.95 to date.

Blaine and Forrest end the 2021 spring season on Friday, April 16 at 7 p.m. against Colgate at the Ulrich Sports Complex.