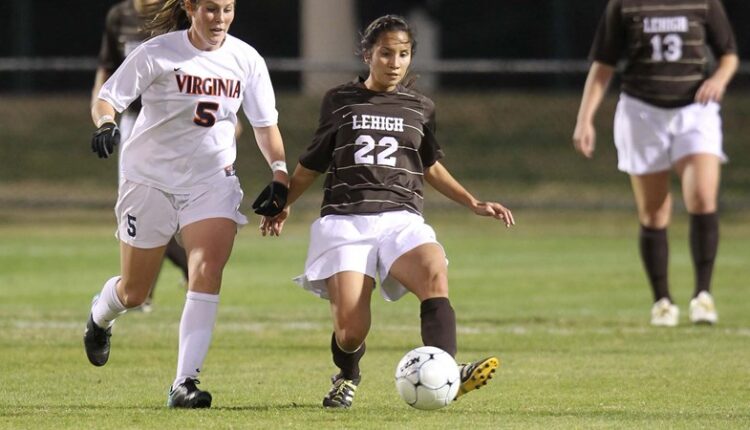 Ten years after women’s football won the program’s first and only Patriot League championship, Lehighsports.com meets members of the team to find out what they’re up to, and looks back at the 2010 season and careers with the Brown and Whites .

Lehigh made a lasting impression on Jana Basubas.

“I feel like I’ve given Lehigh every ounce of my energy and blood, sweat and tears,” said the former soccer player. “Lehigh is part of my identity. It is really special and important to me.”

A major highlight of Basubas’ Lehigh time came in 2010 when the Mountain Hawks won the program’s first Patriot League Championship.

“We had three great seniors coming back for the fifth time – Natalie (Hojnacki), Glaze (Lauren Glazebrook) and Liz (Carlos),” said Basubas, who scored four goals and one assist in 2010 to lose. We had really grown compared to the previous year and wanted to make 2010 a success. It really took at least two years to get to that point. “

The Mountain Hawks had grown as a group and set the stage for a championship season. Now, a decade later, Basubas is still growing in her professional career.

“I’m the HR manager for Ruth’s Hospitality Group, mother of Ruth’s Chris Steak House,” she said. “We are the largest collection of fine dining restaurants in the world and are headquartered in Winter Park, Florida. I’ve been with the company for almost a year and a half, but since 2020 is so crazy it feels a lot longer. First and foremost, my focus is on our company-owned restaurants located across the country. If you’re in a big city, there’s likely a Ruth’s Chris nearby. “

After graduating from Lehigh in 2012, Basubas moved back to Southern California (where she is originally from) for two years.

“I took a job at a nationwide recruiting company and concentrated on recruiting engineers,” she said. “Two other athletes at Lehigh who graduated before me, Khalil Uqdah and Tim Dempsey, actually helped me get the job. I’ve learned so much about different industries, sales, and hiring.

“Of course it made me switch to an internal HR role, which was my ultimate goal.”

After her time in San Diego, Basubas moved to Orlando, Florida.

“After a few months of settling in, I got a recruitment position at Orlando Sanford Airport,” she said. “It was a private airport company that managed the airport I was stationed at and 10 other airports around the world. Airports are a world of their own.”

Basubas then moved to Ruth’s after about five years at the airport.

“When I interviewed at Ruth’s, the chief administrative officer saw that I had gone to Lehigh and she was very impressed,” said Basubas. “Lehigh’s reputation alone has helped me move forward in my career.”

Basubas has built an impressive reputation for itself. In her role today, Basubas wears a number of hats.

“I do everything from recruiting to employee relationships to make sure we have the right people (and enough people) in our different locations,” she said. “I make sure we follow the various laws that affect our employees at the local, state and federal levels. If team members have concerns about the work environment, I investigate them and make sure we are constantly improving.

“I basically deal with everything that has to do with people.”

Both today in her current role and in her Lehigh days, Basubas always thrives in dealing with people.

It’s in their personality.

“Whatever environment I’ve been in, success depends on the culture and the culture is influenced by the people,” said Basubas. “Hiring the right people and making sure these people are successful is extremely important to me.”

Basubas not only knows the 2010 Mountain Hawks the right people, but also an environment that is conducive to success.

“We had a lot of obviously very good players,” she said. “I look back on the girls I’ve played with and I’m very honored to have played with them. We also had a mix of different strengths. Some were stronger than others, others were faster.”

“We complemented each other very well.”

Another key to success for the 2010 Mountain Hawks was dedication to one another and the commitment to do the job. “It was one of the fittest teams I’ve ever been on,” said Basubas. “We trained very well in the spring, then alone in the summer.

“There was no shortcut or no secret to success,” she continued. “It was just about getting the job done and then making sure everyone understands the values ​​that help us to be successful.”

The same goes for Basubas in human resources.

“You have to have good people, be clear about the goal, and everyone has to make a commitment to do the job,” she said. “Also establish clear communication, guidelines and procedures and conduct an open dialogue.

“It all comes back to what we had to do as student athletes,” continued Basubas.

“It’s just in a different setting.”

This environment has changed drastically for Basubas amid the pandemic and is clearly facing a number of challenges.

“We have never had to deal with this new, unimaginable impact on business in different states,” she said. “Some restaurants may open because local jurisdictions allow, but other jurisdictions may pull back and require us to close our dining rooms. We really had to turn around a lot and be aware of safety issues, guest and employee issues and new laws.

“I feel that in my role and with my company we have worked as well as possible to ride this roller coaster and stay in a good position.”

Finding a way to fight your way through adversity is exactly what student athletes like Basubas had to do on the field (only now the stakes are much higher).

“As an athlete and at Lehigh, there were many challenges and high demands,” said Basubas. “At the time you are focused on the game or the sport, but 10 years later when you are in a corporate environment and the game changes with the law or local jurisdiction, what you can do from a business perspective is It are similarities in the way you deal with adversity and move forward.

“I am grateful for my experience as a student and athlete because I feel as prepared as possible for some of the things that have happened in the hospitality industry in recent months.” Basubas’ will to succeed is undisputed. On the soccer field, Basubas “hated to lose” and was ready to do whatever it took.

“In 2010 we felt comfortable when we might not have done our best, which sometimes seems like humans,” said Basubas. “We’ve been able to create a culture that says, ‘Even though we’re friends and I love you, you have to pass the ball better because you’re putting me in a bad position.'”

The team was ready and able to have open discussions with each other, not least thanks to Basubas.

“Jana is the ultimate competitor and because of her personality and willingness to say what needs to be said, this has led the entire team to reach a higher level of accountability,” said Lehigh head coach Eric Lambinus. “She was ready to have the difficult conversations with everyone, including coaches and members of the upper class. Over time, Jana’s understanding of relationship building was key to her leadership.

“Even though she wasn’t a captain on the 2010 team, Jana made some of the most important leadership contributions at the end of the season.”

The Mountain Hawks 2010 were characterized by a lot of chemistry and camaraderie.

“We had yellow laces to show our unity and commitment,” said Basubas. “They weren’t fancy shoelaces, but I thought it really brought everyone together. So when we stepped onto someone else’s field, they could see that we were all a team.”

Basubas felt connected with her teammates a decade ago (and still remains connected today). Remember what she said; Lehigh is part of their identity.

“I had so much support from really good team-mates,” said Basubas. “We were just good … we were really good. Of course it was hard work. We went 0-0 at halftime against Virginia in the NCAA tournament, who was number eight in the country. They were as angry as they were walked off the field. Who is this team we’re associated with? “

“This team” was a group that was extremely committed.

“It was really special,” said Basubas.

“I don’t know if I realized then how special it really was.”

These are the best and worst-run cities in the country. How did Pgh. and Philly stack up? | Friday Morning Coffee