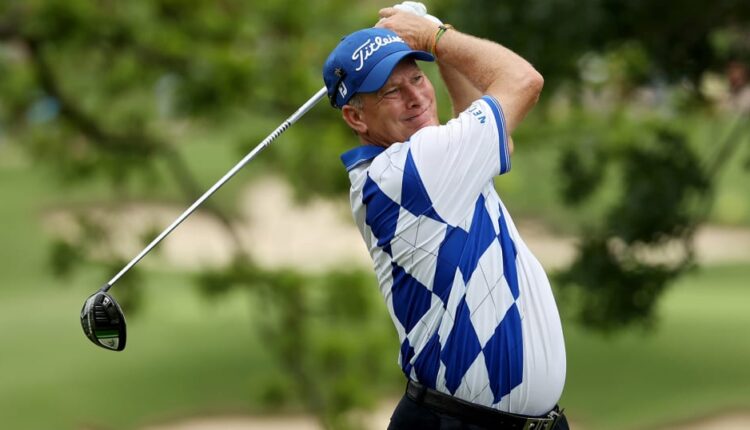 Tiger Woods, 46, returns to Southern Hills Country Club in Tulsa, Oklahoma, for this week’s PGA Championship, 15 years after he captured his fourth PGA title at the Perry Maxwell-designed masterpiece.

Woody Austin, 58, will not be there to remember. But Austin, a four-time winner on both the PGA TOUR and PGA TOUR Champions, battled Woods from the get-go that week at Southern Hills in 2007. It was his best and really only chance to win a major, and but for a few better rolls with the putter…

“I was in it from the start,” Austin said this week. “I didn’t just shoot one round and that was it. I was there from start to finish.”

Austin is quick to point out that across all four rounds, there was only one round in which Woods had a better score than he did. Unfortunately for Austin, and the rest of the field, it was so much lower than anyone else that it allowed Woods to capture the 13th of his 15 major championship victories.

Woods shot a 63 during Friday’s second round, at the time tying for the low round in major-championship history. It remains his lowest round in a major. No one else was within three shots of him for the day; Austin, who had bested Woods 68-71 on Thursday, shot 70.

“I was playing opposite of him (Austin had a morning tee time on Friday; Woods played in the afternoon), so I watched on Friday,” Austin said. “He made everything he looked at that day. He doesn’t win the tournament if he doesn’t.”

Austin missed a chance to be in the final group with Woods. Who knows if that might have affected the outcome? Instead, Austin started the day four shots behind Woods and one group in front of him.

But Austin did put some pressure on the world’s No. 1 player at the time. He strung together birdies at Nos. 11, 12 and 13, and when Woods bogeyed the par-3 14th with a highly uncharacteristic three-putt, Austin was only one back.