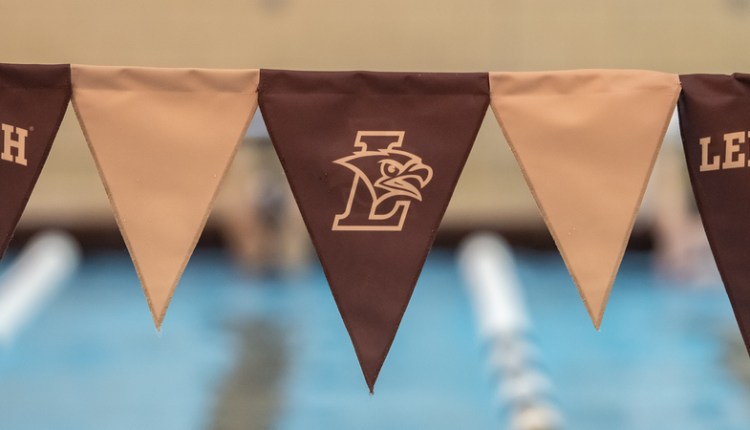 BETHLEHEM, Pa. – Lehigh swimming and diving launches its season this Friday with the annual Brown and White Meet. The team is set to kick off the year with a two-day intrasquad meet at Jacobs Pool beginning at 5 pm

This weekend’s Brown and White Meet gives the Mountain Hawks an opportunity to put their preseason preparations to the test.

The Mountain Hawks will officially begin their season in two weeks when they face Patriot League opponent, Loyola at Jacobs Pool. Lehigh will participate in nine meets this season with the Patriot League Championships scheduled for Feb. 15-18 in Lewisburg, Pa.

It’s a new year for Lehigh as the Mountain Hawks, with new coaches and 16 newcomers (eight first-year women, six first-year men and two upper class men’s walk-ons) joining the program. Head coach Rob Herb is embracing the prospects of a new year as he enters his 19th season.

“There is a new attitude with the team post-COVID,” Herb said. “Hungry, resilient, committed and ready. Bring on the new!”

The new coaches include Cindy O’Donnell, who joins Lehigh as the new diving coach after leading Lafayette’s program for 16 years. Alumnus Joe Huber ’21 will be returning as a graduate assistant after swimming for the Mountain Hawks for five years prior. Lehigh will also be welcoming a new assistant coach in the near future.

Joining the “new” is a group of talented returners from both the men’s and women’s program.

On the men’s side, swimmers to look out for this season are juniors Keagan Casey, Miles Cox, Connor Drucis and Alex Patti, as well as sophomore Sean Davis.

The Oct 8 season-opener against Loyola will be the first of three meets against Patriot League opponents this season. The annual rivalry meet against Lafayette will be held in Easton on Nov. 18. Lehigh will also compete against Bucknell in January with its final three meets set for Lewisburg, Pa., concluding with the Patriot League Championships.

KHN’s ‘What the Health?’: Biden Declares the Pandemic ‘Over’