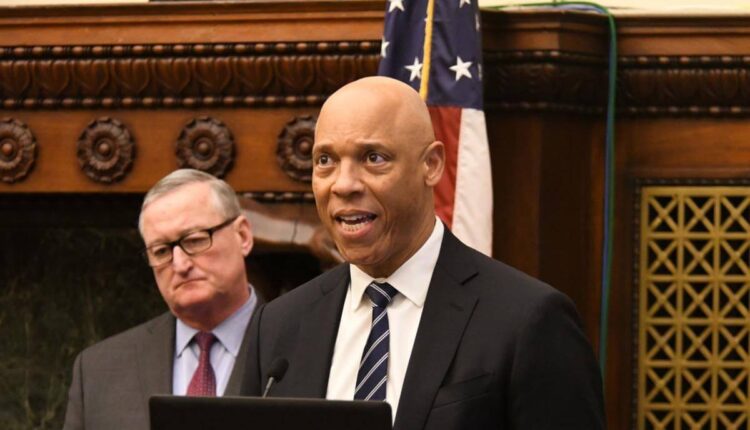 With classes about to start, Philly schools chief says COVID-19 protocols are in place

“We’ve been working with the CDC [Centers for Disease Control and Prevention] and Philadelphia Department of Public Health to establish strategies we will be using for the upcoming school year,” Hite said during a Tribune editorial board meeting this week.

“With all of the layers of safety we have in place, we are confident that we can maintain a low positivity rate.”

To prevent the spread of COVID-19, the district plans to rely on layered strategies including universal masking, social distancing, weekly testing of all staff members, and quarantining and isolating when necessary.

On-site testing will be available for symptomatic students during the day. Athletes who play high-risk sports and students who participate in band or choir will be tested up to two times a week.

“Vaccinated athletes and performing arts students can opt out of weekly testing, they just have to show proof they’ve been vaccinated,” Hite said.

The Board of Education unanimously passed an all-staff vaccine mandate with a vote of 7-0 Tuesday during a special board meeting, a move that will affect about 20,000 employees in the school district.

The board’s resolution directed Hite to develop and implement a mandatory vaccination plan that would require employees, contracted workers and service employees to be fully vaccinated and to submit proof of vaccination status.

The vaccination requirement was supported by Hite, board members and leaders of the Philadelphia Federation of Teachers, which represents more than 13,000 district teachers and counselors, secretaries, nurses and food service managers.

Prior to the announcement, Hite told The Tribune that a vaccine mandate is a layered issue.

“It’s really a complex decision because we have to consider everything that goes with a mandate,” Hite said. “That includes the date we start the mandate, the consequences for individuals who don’t get vaccinated. Are there exceptions? And how do we track the information?”

District officials launched a COVID-19 dashboard in April. The dashboard, which is updated weekly, has information on the number of tests performed, positive cases in schools, and cases confirmed off-site that have been reported to the district.

During the summer and last year’s hybrid learning, Hite stated that the district-wide student positivity rate was less than 1%.

When it comes to positive cases, individuals who have close contact with someone with a positive case will be tested at least three non-consecutive days within the first seven days following exposure.

Individuals who remain negative during the testing may stay in school and will not have to quarantine. All positive cases must be isolated for at least 10 days.

Since the pandemic began, the district has notified families and staff when there is a confirmed positive case in their building — and that won’t change.

“Children who are quarantined will have access to their classroom instruction,” Hite said.

As part of its plan for cleaning, the district has installed air and surface purification devices in every instructional space and is cleaning and sanitizing walls, floors, doors, windows, bathrooms, fixtures and dispensers, railings and light switches.

More than 1,000 touchless hydration stations in the school buildings are being tested. Every school will have touchless hand sanitizer stations and supplies to support frequent handwashing.

Twenty miles of asbestos-containing materials have been removed from schools since last summer and the district is removing more material from 35 schools with environmental and capital projects.

“Health and safety remains our priority at the school district,” Hite said. “Staff members across the district have been working really hard for months to ensure that next Tuesday our buildings and classroom will be ready for our students.”