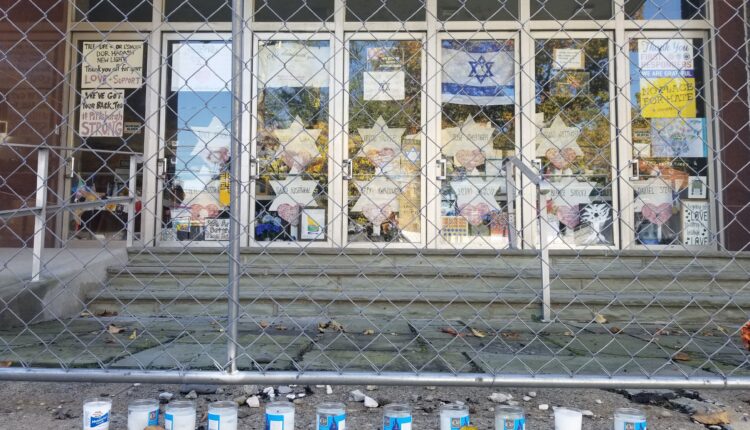 A memorial outside the Tree of Life synagogue in Squirrel Hill, Pittsburgh. (Capital-Star photo by Stephen Caruso)

The recent fighting between Hamas and Israel presented critics of the state of Israel with a dilemma. 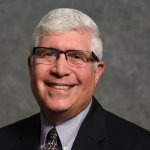 These critics have argued that Israel’s treatment of the Palestinians is unjust and that Israel’s rejection of a two-state solution and creeping annexation of the West Bank are at the heart of the continuing conflict. The only answer is peaceful coexistence.

In response, Israel’s defenders have labeled practically all such criticism anti-Semitic in that it holds Israel to standards no one applies to other countries. This can amount, in the case of New York Times columnist Bret Stephens, to saying that you cannot criticize Israel’s actions in Gaza unless you also criticize Turkey’s bombardment of “Kurdish militants in Iraq.”

Critics of Israel used to shrug off such hyperbole. People’s politics are never consistent in this way. Many Americans feel a special and close involvement with Israel and are uniquely concerned about its actions. Israel has never been just another country for America. That means both special support and unique criticism.

But you can’t just shrug off a charge of anti-Semitism today. Not when opposition to Israeli policies has fused with an increasing number of horrific and violent attacks on Jews and Jewish institutions both in America and in Europe. From beatings of Jewish men to fires at synagogues.

These attacks have nothing whatever to do with the state of Israel. They are simply savage instances of an anti-Semitism many American Jews assumed could never happen here.

The dilemma for critics of Israel is how to express condemnation of this new anti-Semitism in a credible way while maintaining a principled stance on the Palestinian question. After all, unless you are identifiably Jewish, which usually means you are an Orthodox Jewish male, you are not at risk and your words of support mean little.

But there is actually something we can do to express our solidarity with the Jewish people. I hit upon a useful response to anti-Jewish violence earlier, during another spike in such attacks in late 2019.

These 2019 attacks—assaults on Jewish men especially in the New York City area and a shooting at a kosher market in Jersey City—culminated in a horrific knife attack at a rabbi’s home during a Chanukah celebration. Ultimately, one victim died in that attack.

These attacks had no connection to foreign affairs. Israel was not in the news at that time. The attacks targeted Orthodox Jews, who could be readily identified by their unique dress, including the presence of a kippah, the ritual head covering that Orthodox Jewish men routinely wear.

I was horrified by these attacks and I wanted to respond in some way. I was educated in early childhood at an Orthodox Jewish school, the New Haven Hebrew Day School. I wore those same clothes. I could have been one of those victims. Although I have since left Judaism for a secular life and consider myself a non-Jew, I retain a strong attachment to the Orthodox Jewish world.

So, I resolved to practice solidarity with my Jewish brothers and sisters.

At the time, I rode public buses every day to work and around Pittsburgh. Occasionally, among my fellow riders were one or two Jewish men, plainly identifiable.

I decided I would carry a kippah on the bus. Whenever an identifiably Jewish person boarded the bus, I would simply don my kippah.

Human memory can play tricks. I know I put my plan into action because I carried a kippah in my backpack. I remember actually putting the kippah on twice before the pandemic temporarily ended my bus-riding. I even remember that on one of those occasions, the man who was the object of my concern was so engrossed in his study of an ancient text that he never even saw me.

But I can’t swear that these events actually happened. I may be conflating earlier bus rides with later ones. It may be that I rode the bus those few weeks prepared for an action that never came.

Today, with the buses again rolling, but now in an atmosphere much more dangerous for Jews than in 2019, I will have my chance again.

We never needed a Jan. 6 Commission. We need a Nov. 3 Commission. This is why | Bruce Ledewitz

All of us can practice this solidarity. We should all, liberal Jews and non-Jews alike, start carrying a kippah or its equivalent. Since Orthodox Jewish women cover their heads as well, women can act in a similar way.

Then, in all situations when Jews might be subject to violence, we can all share the danger. We can all wear a kippah. We can do this in Jewish neighborhoods, near Jewish institutions and on the bus.

To be clear, I wasn’t exhibiting any great courage in my plan. Anti-Semitic attacks in Pittsburgh are thankfully rare. But, as the horrible synagogue killings in 2018 show, they do occur and we must stand against them.

Just as police violence against persons of color is not just violence against them but against us all, just so here. As Dr. Martin Luther King, Jr., taught, “Injustice anywhere is a threat to justice everywhere.”

Anti-Semitism threatens us all. We are all Jews.

This action is particularly important for critics of Israel. If people are going to ask Israelis to take risks for peace, it is only fair for people to take a risk themselves, even as here, a small one.

A recent NPR story about increasing and violent anti-Semitism was headlined, “Many Jews Wonder: Where Are Our Allies?”  In the story, Jewish comedian Sarah Silverman asked, “Who is here for us?”

Opinion contributor Bruce Ledewitz teaches constitutional law at Duquesne University Law School in Pittsburgh. His work appears biweekly on the Capital-Star’s Commentary Page.  Listen to his podcast, “Bends Toward Justice” here. His forthcoming book, “The Universe Is On Our Side: Restoring Faith in American Public Life,” will be published in October.