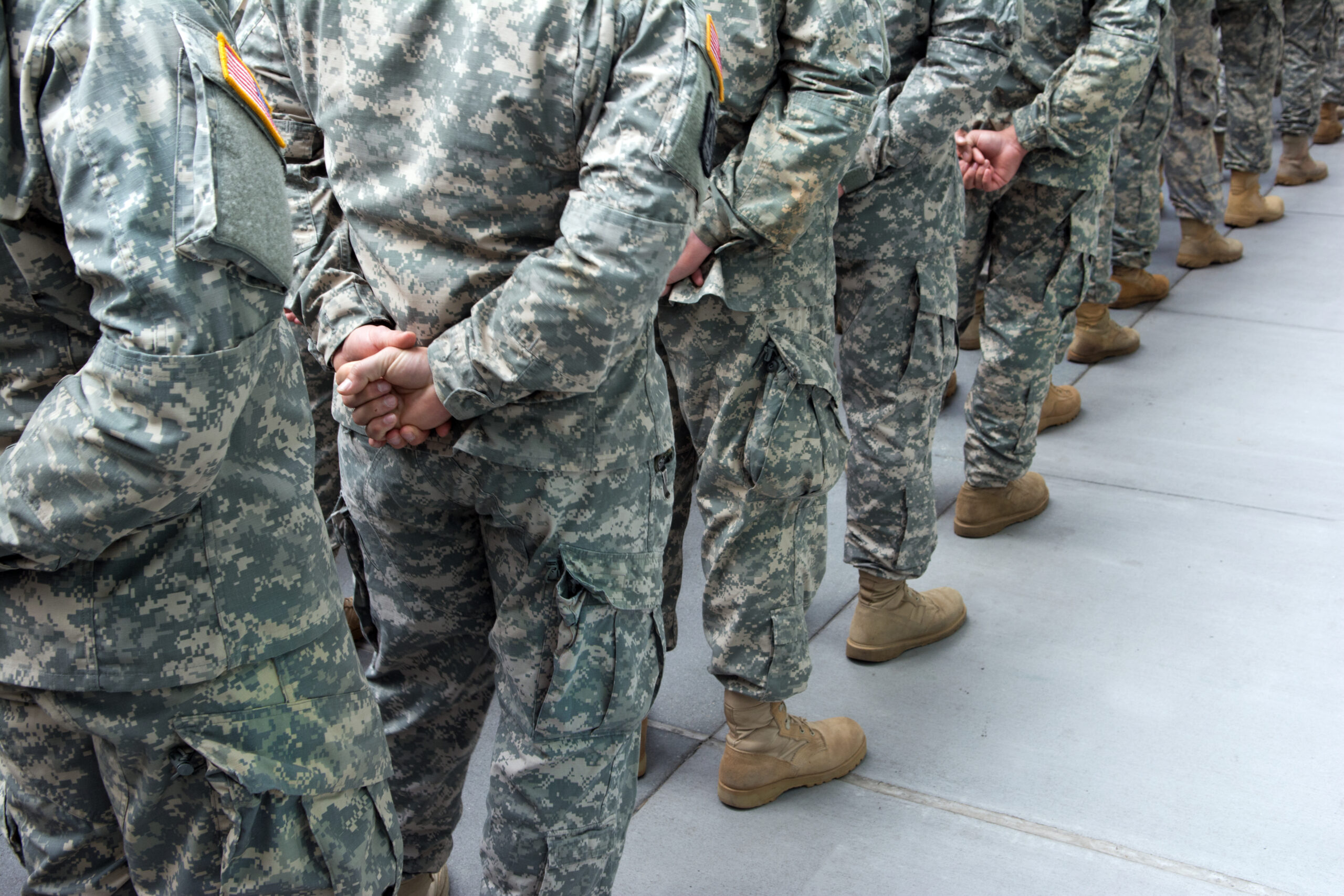 WASHINGTON — The U.S. Senate on Tuesday passed bipartisan legislation that would provide health care and benefits to millions of veterans exposed to toxic substances while deployed overseas, after many Republicans switched their votes and decided to once again back the legislation.

The shift came after days of protest and vigils outside the U.S. Capitol, in heat and rain, by veterans outraged at the delay in passage of the $280 billion measure due to objections from Pennsylvania Sen. Pat Toomey. Veterans advocacy groups were intensely critical of the delay as well.

The 86-11 vote on The PACT Act, named for the late Sergeant First Class Heath Robinson of the Ohio National Guard, sends the bill to President Joe Biden for his signature. The 11 votes against the bill all came from Republicans, including Mike Crapo of Idaho, Thom Tillis of North Carolina and Toomey.

Biden, who has repeatedly called on Congress to address the lack of protections for veterans and their families, is expected to sign the legislation.

Montana Democratic Sen. Jon Tester, chairman of the Veterans Affairs Committee, urged senators to support the package ahead of the floor vote, saying the legislation was assembled in a transparent manner without any surprises.

Kansas Republican Sen. Jerry Moran, the ranking member on the Veterans Affairs Committee, also urged support for the measure, saying it would “provide long overdue health care and benefits to the 3.5 million post 9/11 veterans who were exposed to burn pits” as well as health care for “Vietnam veterans, and those who served in Southeast Asia suffering from the exposure to Agent Orange.”

Moran and Tester had worked together on the legislation for years.

At a press conference after the vote, advocates and Senate supporters said that veterans will now get the care they need, as difficult as it was. “I don’t think I’ve ever seen a situation where people who had already given so much had to fight so hard to get so little,” said advocate and comedian Jon Stewart, who protested alongside the veterans at the Capitol.

Leading supporters of the bill praised veterans advocacy groups for pushing the bill to completion. “The turning point in this occurred when last week, in their anger, they let the world know what had happened,” Senate Majority Leader Chuck Schumer said. “And that put the pressure on people to turn their votes around.”

Passage of the bill marks the end of a years-long struggle by veterans, their family members and veteran service organizations to get the U.S. Department of Veterans Affairs to provide health care and benefits to military members exposed to burn pits in Afghanistan and Iraq as well as Agent Orange in Vietnam.

At the moment, veterans have to try to prove to the federal government that their illnesses are linked to their military service in order to qualify, an endeavor that has been especially challenging for many, including those who have died while waiting.

The measure that cleared Congress Tuesday would change that by adding 23 illnesses to the list of toxic-exposure-related conditions presumed to be connected to military service.

The package would direct more resources to VA health care centers, employees and claims processing, as well as federal research on toxic exposure.

And the legislation would expand presumptions for veterans exposed to Agent Orange, a chemical the U.S. military used during the Vietnam War. American Samoa, Cambodia, Guam, Johnston Atoll, Laos and Thailand would all be added to the list of locations where veterans are presumed to have been exposed to the chemical.

The bill sailed through the U.S. Senate when it was originally brought to the floor in June with 84 senators voting to send the package to the U.S. House.

It then hit a big speed bump in that chamber, as Veterans’ Affairs Committee leaders debated behind closed doors how to address a provision that was intended to boost the number of health care providers in rural or very rural areas.

The section of the bill would have allowed the VA to buy certain health care providers out of their contracts if they agreed to work in clinics in those rural areas for at least four years. But because the legislation proposed making that contract buyout money exempt from taxes, it ran into an objection from the House Ways and Means Committee, which cited what is known as a “blue slip” issue, since tax provisions must begin in the U.S. House.

Lawmakers opted to remove that section from the measure, repackage it into another bill and put it on the House floor, where members voted 342-88 on July 13 to send the legislation back to the U.S. Senate for final approval.

The bill — identical to the version already approved by 84 senators except for the removed section about the contract buyout — was expected to quickly clear the U.S. Senate.

But a procedural vote on the bill failed last week after 25 Republicans switched from supporting the measure to blocking it. The vote was 55-42, just shy of the 60 senators needed to get past the chamber’s legislative filibuster.

Toomey, who will retire at the end of the year, organized GOP senators to switch their votes on the legislation, saying that he was frustrated by a “budget gimmick” that has been in the legislation since it was introduced.

Toomey said after he and fellow Republicans blocked the legislation that he had “no quarrel with” the bill creating $278.5 billion in new spending during the next decade that would be classified as “mandatory.”

Mandatory spending by the federal government generally runs on autopilot and includes funding for Social Security, Medicare and Medicaid. Discretionary spending must be approved as part of the annual appropriations process that begins with the president’s budget request and often ends with all 12 government funding bills being wrapped into a $1-trillion-plus omnibus spending package.

Toomey argued last week his opposition to the bill came from a section that “would authorize $400 billion over the next 10 years of existing spending … to be switched from discretionary to mandatory.”

But the unsuccessful cloture vote last week also came shortly after Senate Democrats announced they’d reached an agreement on a surprise reconciliation package that would allow Medicare to negotiate some prescription drug prices, address climate change and energy policy, and change some of the country’s tax law.

The reconciliation agreement had been more than a year in the making and included several stops and starts as West Virginia Democratic Sen. Joe Manchin III and Schumer tried to reach an agreement that could get the support of all 50 Senate Democrats.

Republicans are vehemently opposed to the agreement, but cannot block it in the Senate because Democrats are using the budget reconciliation process to move it through Congress.

GOP back on board

GOP frustration on the veterans health care bill seemed to wane Monday when some Republicans signaled they would again back the bill once again.

The change in heart also followed an outcry of frustration from veterans, advocates and service organizations — some of whom began camping out on the steps of the U.S. Capitol over the weekend and continued protesting in a grassy area just feet from the building this week.

Late night show host Stephen Colbert went after GOP Sens. Ted Cruz of Texas and Daines for a triumphant fist bump after the failure of the bill.

On Tuesday, Senate Republicans were also able to negotiate for the chamber to take up three amendments to the legislation, all of which failed to garner the 60 votes needed for adoption.

A proposal from Toomey that would have addressed his concerns on the mandatory spending classification on some funding in the package failed on a 47-48 vote.

Tester wrote in a letter he sent to senators Tuesday that Toomey’s amendment “would potentially harm veterans and tie the hands of Congress.”

“It would arbitrarily cap the number of toxic-exposed veterans that would benefit from the legislation and create a scenario where VA runs out of funds to support these veterans year after year,” Tester wrote.

Toomey argued from the floor that his amendment “has no bearing on how much appropriators can spend, it only limits how much gets treated as mandatory spending.”

Kentucky GOP Sen. Rand Paul’s amendment, which would have paid for the legislation by reprogramming foreign aid spending, fell short of adoption after it got only seven “aye” votes and 90 in opposition.

Another amendment, from Blackburn, would include access to community care for toxic-exposed veterans and was rejected 48-47.

“If The PACT Act is going to work for veterans, we need to step up and give them access to community care,” Blackburn said ahead of the vote, arguing veterans in her state are waiting too long to get appointments with primary care physicians at VA facilities.

Veterans, under her amendment, would have had the option to “go to a physician in their community for that primary care appointment so they can get this process started,” she said.

“This will help them to avoid the long wait times, the arbitrary hurdles, and it will let them seek that care in the community if they can get it faster than making that trip to the VA,” Blackburn added.

Tester urged senators to reject all three amendments, saying that any change to the legislation would have sent it back to the U.S. House for another vote, further delaying care for toxic exposed veterans.

“I would hope that we don’t amend it to have to go back to the House because that, once again, would delay benefits and do real damage to this bill,” Tester said.

Two-Thirds of Americans Disapprove of Ending ‘Roe,’ but It’s Not a Top Voting Issue