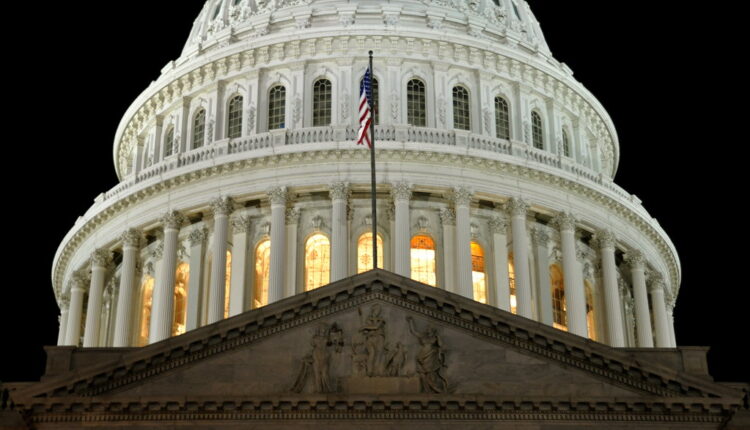 WASHINGTON — Congressional Democrats unveiled a short-term spending measure on Tuesday that would keep the federal government operating through Dec. 3 and provide $28.6 billion for costs related to recent natural disasters.

That disaster relief money is slightly more than the $24 billion that the Biden administration asked Congress to approve for extreme weather events during the last 18 months, including hurricanes, floods and wildfires.

A summary of the new legislation specifies that it would include aid to states related to Hurricanes Ida, Delta, Zeta, and Laura, wildfires, severe droughts and winter storms and other natural and major disasters declared in 2021 and prior years.

“It helps to rebuild in the wake of these disasters, and provides a lifeline to families struggling to get back on their feet.”

The spending bill also would lift the limit on federal borrowing through the end of 2022, which would prevent a default on the federal debt that otherwise will occur in the coming weeks.

The U.S. House is expected to move quickly on the bill, with plans to begin debate later on Tuesday. The short-term funding measure is needed because Congress is unlikely to finish its work passing full-year spending bills before the end of the current fiscal year on Sept. 30.

But the measure’s fate is complicated by the multiple urgent components packaged into one piece of legislation. Republicans have said they will not support raising the debt ceiling, even though not doing so risks significant fiscal consequences.

Democrats had sought to push past that opposition by including the money needed to avoid a government shutdown, as well as billions in disaster relief that would help a number of states with Republican legislators in Congress.

The disaster relief money would be allocated through a broad range of agencies. It includes:

It also includes funding for drought and disaster response related to Western wildfires, including fire remediation and a waiver on the annual pay cap for emergency wildland fire suppression workers at the Department of the Interior and U.S. Forest Service.

Other money in the bill is intended to reduce the effects of future extreme weather events, through research on forecasting hurricanes and detecting wildfires, and the construction of flood and storm damage-reduction projects.

Nicholas Case has been promoted to Vice President, Cash Management at TD Bank in Bethlehem, Penn.