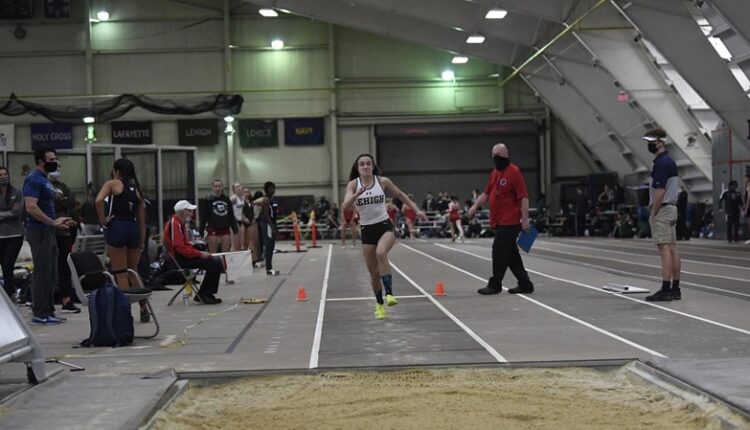 BETHLEHEM, Pa. – After a month-long vacation, the Lehigh women’s track and field team returned to Rauch Fieldhouse on Saturday for the Angry Birds Challenge. The Mountain Hawks showed no sign of rust and took first place with 176 points. six wins and 19 personal records.

All eyes were on first-year student and athlete Melissa Cunningham, who moved to second all-time in the 60m with a new best of 7.78. Her first place in the 60m was followed by a second place in the 200m (25.84), where she is currently still sixth all-time.

The Mountain Hawks could be successful in the sprints and middle distance events. Senior Kaja Skerjl put in a strong performance in the 400m where she took first place with a time of 1:00.12. Senior Chae Kim added a third place finish in the 60m hurdles (9.20).

“The first years have generally used their peers really well today,” said assistant coach Brooke Astor. “I think we were a little understaffed on the jumps but they worked well together to fix small things that they needed to work on.”

Lehigh’s vaulting group was led by first-year Casey Talamini-Kelemen, who finished second in the triple jump (11.55 m) and added a seventh place in the pole vault (3.05 m). First-grader Randi Conroy contributed to the success of the vaulting group with a third place in the pole vault (3.35 m). Junior Calista Marzolino (1.60 m) and sophomore Kerry Perna (1.55 m) were also successful in the high jump on Saturday. The duo finished second and fourth respectively.

“Casey took every event, took it event after event and ended up surprising myself, I think,” Astor said. “With every jump, she would come back and say, ‘Ok, that was pretty good,’ smile a little and say, ‘What do I have to do to get first place?’ So it’s really fun to see that kind of fire from a first year.”

The women’s distance group showed a strong performance on Saturday. Leading the pack were Senior Jamie Zamrin (18:29.16) and Junior Madison Zaun (18:35.05), who placed first and second in the 5000m, respectively. Seniors Jade Sessions and Hetty McMillan added two second places for Lehigh. Sessions was second in the 3000m with a time of 10:13.40 and McMillan was second in the mile with a new personal best of 5:06.15.

“This meeting gave us the opportunity to run people in off-events and it was nice to see some of them running in an event that they had either never or rarely been in and some doing pretty well said assistant coach Deb Utesch.

“Hetty McMillan had a great meeting I think. She had tremendous PR in the indoor mile, finishing second and having a good meet. Elena Perez-Segnini, it was the first time we’ve seen her race since her freshman year. She had a really solid day at the mile and DMR,” said Utesch. “Jade Sessions ran her first 3K after a tough week of training at camp and had a really solid performance there.”

“She didn’t exactly get what she wanted but today was just about going in and coming back from the break,” said assistant coach Allison Taub. “I think the big highlight for her was the weight throw. Going into the last throw she was second and she wanted to defend her title at home so she had to hit a big throw on the last and she won that event.”

Lehigh was the overall winner with 176 points. Monmouth was second with 142, followed by Binghamton with 129 and Sacred Heart in fourth with 93.

Unable to win the battle of ideas, Pa. Republicans are damaging the state Constitution | Opinion