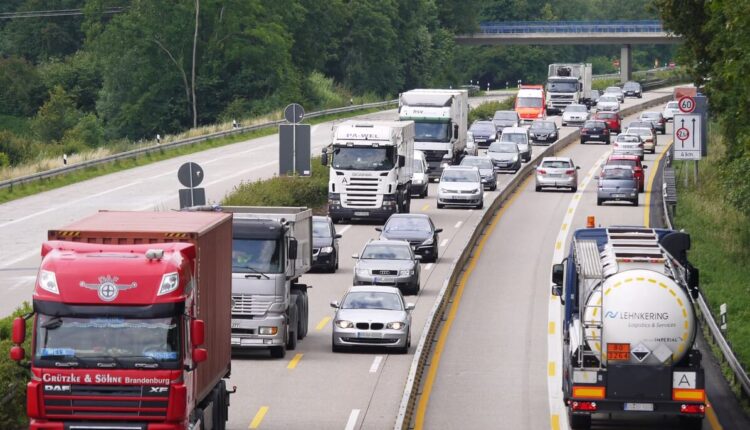 Whatever and wherever your plans are this weekend, expect crowds. Experts say nearly 50 million Americans will be traveling over the July Fourth holiday weekend.

What does that mean for the weekend warriors looking to escape cabin fever once and for all? Crowds and traffic.

According to a AAA forecast, 43.6 million people will be hitting the roadways this weekend. An additional 3.5 million people are expected to fly, bringing airlines back to 90 percent of pre-pandemic traffic.

If you are one of the millions of Americans traveling this weekend, enjoy, stay safe and be kind.

As part of a rush of last-minute legislation, the Pennsylvania General Assembly on Friday passed an omnibus bill making numerous tweaks to the state’s medical marijuana law.

The bill, sponsored by state Rep. Paul Schemel, R-Franklin, will enshrine in law numerous temporary policies adopted by the state Department of Health during the COVID-19 pandemic, as well as recommendations from a state advisory board.

Among the changes are approval for curbside pick-up of marijuana prescriptions, increasing the maximum supply one can collect from 30 to 90 days, and expanding who can fill orders for a patient.

Schemel told the Capital-Star his bill puts medical marijuana “more in line with pharmaceuticals in a pharmacy. I’m supportive of that.”

The proposal also would allow people with misdemeanor criminal charges to work in the industry. An individual with felony narcotics charges could also work in medical marijuana if at least ten years had passed since they committed the act. 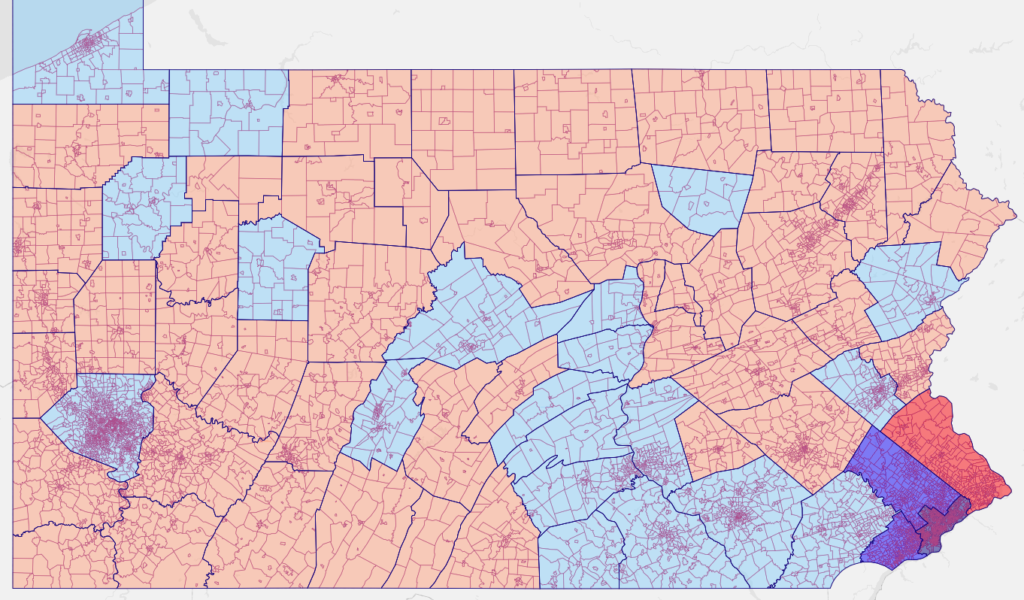 As the first months of the Biden Administration unfolded, and COVID cases steadily declined, PA Dems recovered from their post-election slump.

Back in February, the party held a statewide advantage of 624,315. As of June 14, however, that margin has improved to 630,075. Total registrants are down, so counties are still culling their rolls, although now this is tending to hurt the GOP instead.

To examine what we can discern from these changes, let’s dig into the numbers. 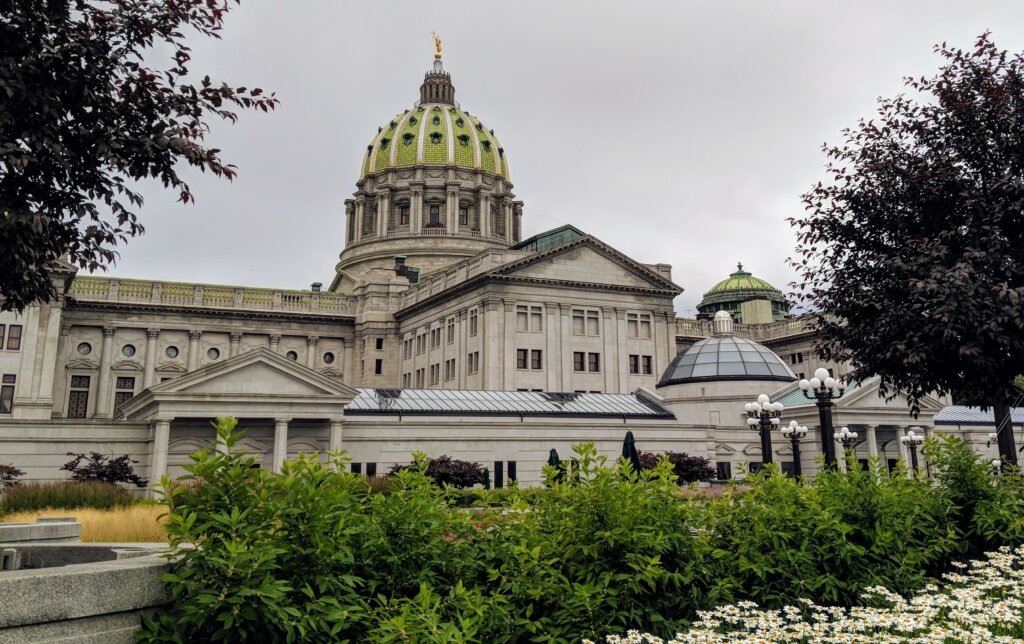 3. $40B Pa. budget revealed in Harrisburg; saves $5B in federal aid for future

Democratic Gov. Tom Wolf and the Republican-controlled General Assembly have reached a budget deal that spends three out of every 10 federal stimulus dollars the state has received, while socking away $2.5 billion in surplus state revenue for the Rainy Day Fund.

On top of the rainy day fund deposit, the budget plan calls for the state to hold on to $5 billion in unspent American Rescue Plan funding for future budgets. Those dollars must be spent by Dec. 31, 2024, and can be used for nearly anything, minus funding a tax cut or pension plan.

The $40.8 billion budget proposal, a 2.5 percent increase over current approved spending, was revealed Friday morning to GOP House lawmakers in a closed-door meeting. It matches the majority party’s long-stated priority: Save money for looming budget deficits.

“We wanted to make sure that we didn’t put the commonwealth in a position…that we can’ find education or fund social programs moving forward,” House Appropriations Committee Chair Stan Saylor, R-York, told reporters. 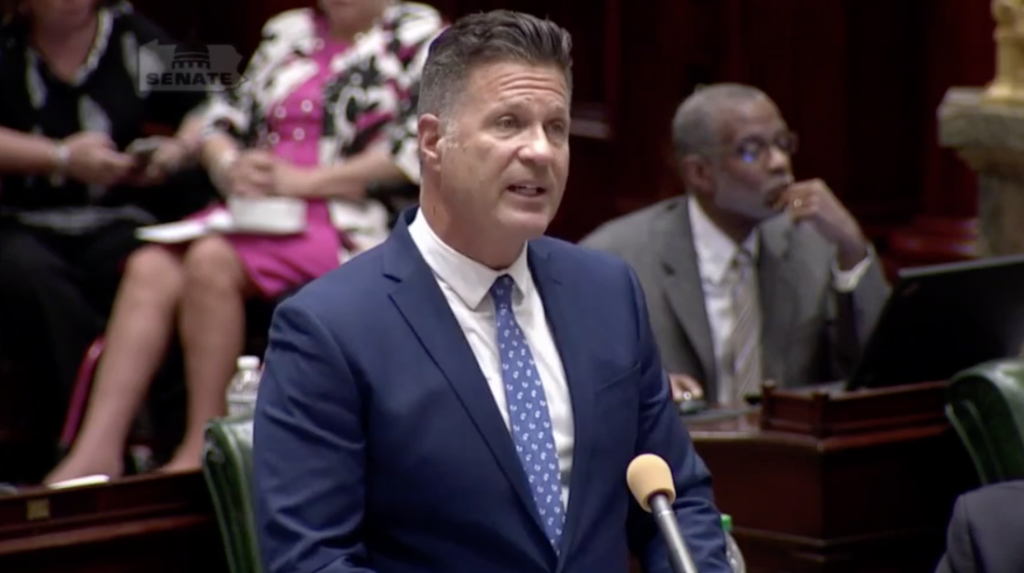 4. A state senator got cited for violating this Pa. traffic law. Now he wants to repeal it

Maintaining that he wasn’t speeding when he crashed his motorcycle in April, state Sen. Mike Regan, R-York, is planning to introduce legislation to repeal a section of the law that resulted in one of two violations related to the incident.

Regan pleaded guilty to two summary offenses of driving an unregistered vehicle and driving at a safe speed, ABC-27 in Harrisburg reported. Despite having two witnesses prepared to testify, he told the Harrisburg-based TV station that he was instructed to plead guilty to both citations.

“To make it easier on my packed schedule, I pleaded guilty,” Regan told ABC-27 in Harrisburg. “However, I’m looking at introducing legislation to remove that provision from the traffic offense code.” 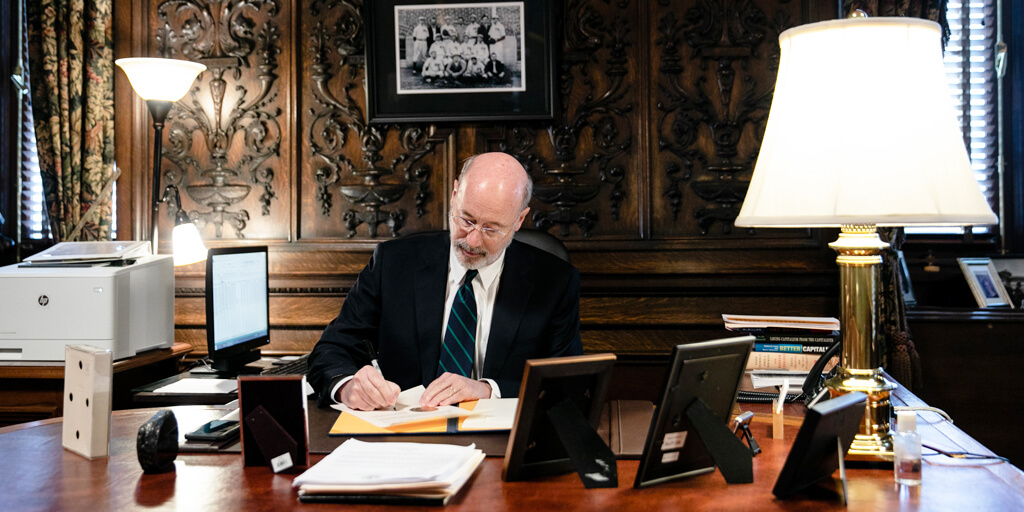 Gov. Tom Wolf has vetoed a bill restricting the powers of the state Health Department during emergencies, and banning public agencies, including school districts from asking individuals for proof of vaccination to access government buildings or resources.

In his veto message, Wolf called the bill “contradictory, misguided and irresponsible.”

“Short-sighted legislation to tie the hands of people dedicated to public health will only make infectious diseases more difficult to fight,” Wolf said.

The bill would have prevented the state Secretary of Health from closing businesses, restricting travel, or order masking again, whether due to COVID-19 or another future health emergency.

The bill also would prevent any public entity from checking someone’s COVID-19 vaccination status, such as a school district requiring teachers or students to be vaccinated. Such requirements are colloquially known as “vaccine passports.”

And that’s the week! See you back here next weekend.