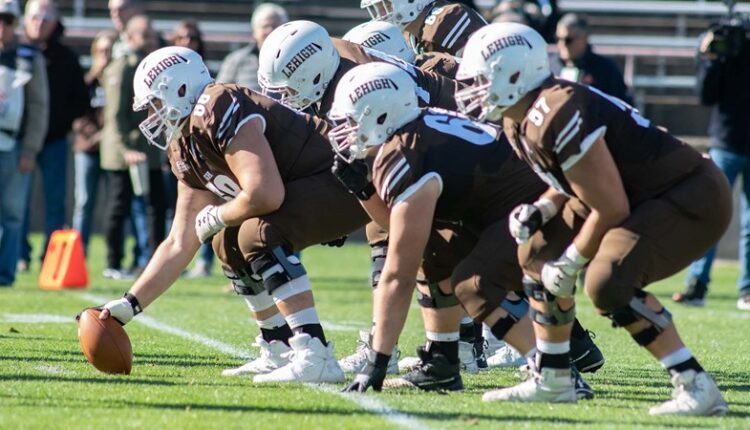 It continues with a look at the offensive line.

Lehigh’s offensive potential could depend on the development of the offensive line. The new offensive line coach Alex Stadler takes over a unit that returns three starters and several others with gaming experience. With several veterans leaving, there will be opportunities for the six first year offensive linemen to fight for time.

The offensive line’s anchor is senior Chris Fournier, who is starting his third season as a projected left tackle after seeing time at the center as a freshman. Fournier has started left tackle 22 games in a row.

Junior Justin Gurth has started all 22 games of his Lehigh career so far and has successfully moved from the right tackle as a freshman to the center in his sophomore year. It is expected to return to the middle position.

Sophomore Brendon Passarelli is the other returning starter on the line. He started nine games as a freshman and will serve in one of the guard posts.

The other three returnees are Junior Jack Fris, who saw time on the right tackle in 2019, Jack Kempsey in sophomore year and Junior Jan Maciejewski, who will both be working on the inside line.