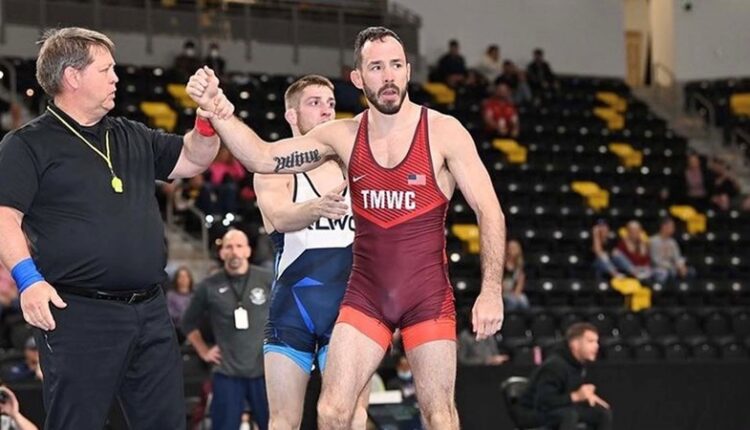 BETHLEHEM, Pa. – Lehigh head coach Pat Santoro has announced the addition of US National Team member Evan Henderson to the Mountain Hawks’ coaching staff. Henderson was a two-time All-American during his collegiate days at North Carolina and will serve as Lehigh’s volunteer assistant coach while training with the Lehigh Valley Wrestling Club.

Henderson most recently competed for the Ohio Regional Training Center and Titan Mercury Wrestling Club. He reached the finals of the World Team Trials Challenge Tournament at 65 kg and advanced to Final X New York in early June.

“I’ve known Evan a long time. We recruited him to come to Lehigh when he was in high school,” Santoro said. “We’ve stayed in touch over the years and we’re excited to add him to our staff. He brings a wealth of knowledge and a lot of experience to our program.”

The New Florence, Pa., native is a five-time US Open place winner and was a finalist in 2020. He was also an Olympic Trials qualifier last year. Henderson’s freestyle accomplishments also include a gold medal at the Bill Farrell International in 2018, and silver medals at the 2019 Cerro Pelado and Intercontinental Cup tournaments plus the Dave Schultz Memorial Tournament in 2017 and 2018 and the 2014 Bill Farrell International.

Following his graduation from North Carolina, Henderson spent one season as an assistant coach at Campbell University. He then joined the New York City Regional Training Center and later spent time at the Spartan RTC in Ithaca, NY before moving to Ohio.

A graduate of Kiski Prep in western Pennsylvania, Henderson won a pair of National Prep Championships.

On the training side, Henderson joins a LVWC stable that includes Lehigh All-Americans Darian Cruz and Jordan Wood plus Guesseppe Rea and Joey Lavallee.

Henderson earned his degree in interpersonal communication and organization with a minor in coaching from North Carolina in 2016. He is recently married to Carly Restano.