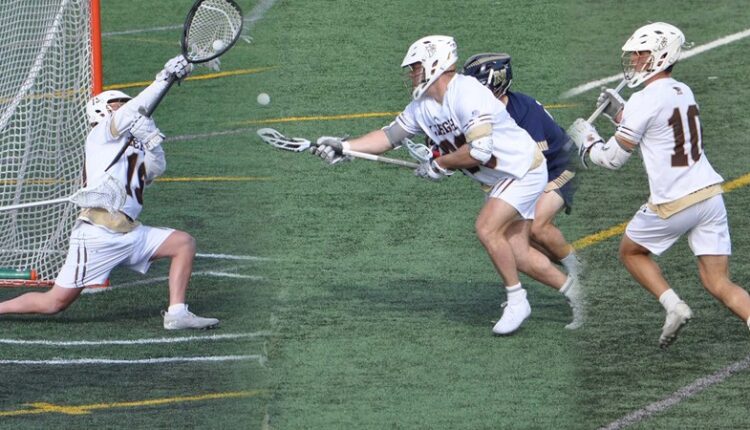 Schelling finished the competition on Saturday with five points (three goals, two assists), including an 8-1 run in the first half by Lehigh to turn a 1-0 deficit into an 8-2 lead at halftime. Schelling scored the Mountain Hawks’ last two goals in the first half. He now has at least five points in five of six games this season and has 28 points that season (13 goals, 15 assists).

? Your @PatriotLeague offensive player of the week – Tommy Schelling! pic.twitter.com/2LRgDJSAcH

Meanwhile, Sisselberger received his third award as Patriot League Faceoff Specialist of the Week. The nation’s leader in face-off percentage and groundballs / game on day won 18 out of 23 against the Midshipmen with 11 groundballs. Sisselberger has at least 16 faceoff wins with no more than seven losses in every game this season. By controlling possession of the ball, the Mountain Hawks were able to achieve a 55:36 advantage on Saturday. For the season, Sisselberger has won 108 of 139 encounters (77.7 percent) with 72 groundballs.

Cole scored for the sixth time in as many games and added four groundballs to earn the Rookie of the Week award. The goal was to have 1:27 left in the fourth quarter to give the Mountain Hawks a 12-7 lead in the eventual 13-7 win. Cole has nine goals this season.

Senior goalkeeper James Spence also received an Honorable Mention after 14 saves that only allowed seven goals against the Midshipmen.

Lehigh is one of only three remaining undefeated teams in the nation and will be back in action next weekend when it comes to a pair against Lafayette – on Friday (8pm) in Lafayette and on Sunday (12pm) against the Leopards.