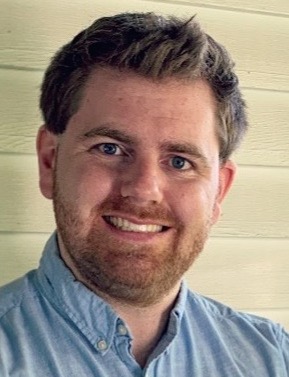 Villa Madonna Academy has hired new head coaches for its boys and girls basketball programs, and one of them previously worked with a nationally ranked college team.

Kevin Clancy, who directs Villa Madonna’s girls program, was a practice player and administrative assistant with the University of South Carolina’s women’s basketball team while attending classes there. The team went to the 2015 NCAA Final Four in its senior year.

Clancy played basketball at Covington Latin School and earned a degree in sports and entertainment management in South Carolina. He worked as Director of Analytics for two colleges before joining coaching.

He was the junior varsity instructor for girls and assistant head coach at Willows Academy High School in Illinois from 2018 to 2019. Last season he was an assistant coach for men at Moravian College, a Division III program in Bethlehem, Penn.

“Kevin has a very impressive résumé and brings a wealth of knowledge to our girls program,” said Jim Demler, Sporting Director of Villa Madonna. “We are confident that he will have a great impact on our female athletes and will continue the outstanding Benedictine philosophy on which our school’s values ​​are built.”

Clancy replaces Brian Coburn, who set a 78-98 record in six seasons as the head coach of Villa Madonna. The Vikings finished last season between 13-15 with no seniors on the roster.

Trevor Gould is the new head coach of the boys’ basketball program at Villa Madonna. He recently coached the school’s sixth grade boys team after serving as an assistant coach at Bethel Tate High School in Ohio and on the Xcel AAU program.

Gould played basketball at New Richmond High School in Ohio and Southern State Community College in Ohio. He and His wife Bonnie has two daughters, Hannah and Addison.

“Trevor’s experience as a player and coach will have a huge impact on our student athletes at VMA,” said Demler.

Gould replaces Nathan Dilts, who set a record 72-129 in seven seasons at Villa Madonna. The Vikings had three records against Division III conference opponents in the past four years, winning a district playoff game in 2018 and 2019.

A Conversation with Beth Dolan, Interim Dean of the College of Health