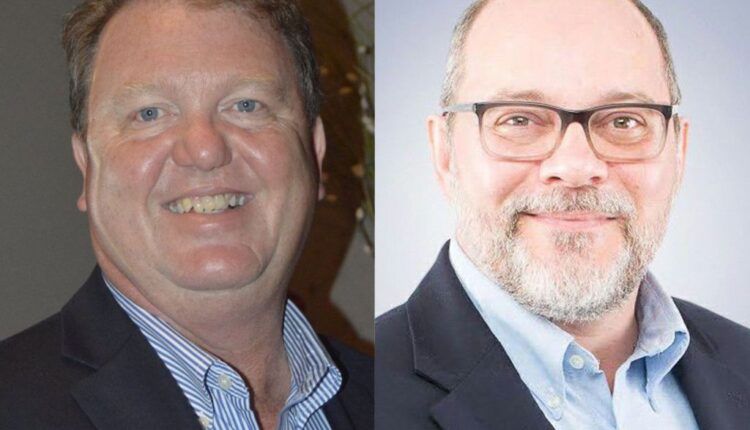 KINGSTON, NY – Voters in District 7 of the Ulster County Legislature will find familiar faces on the ballot this election season as a former county lawmaker competes in a rematch against the man who deposed him in 2019.

Former lawmaker Brian Woltman and incumbent Peter Criswell are competing again for the seat, which includes part of the city of Kingston.

On his campaign website, Criswell listed building the local economy, strengthening mental health services, alleviating the housing crisis, protecting the environment and supporting the common good as his re-election priorities. He said he would advocate local job creation with living wages and the development of training opportunities for workers, and push for the creation of a nationwide land bank and additional affordable housing for workers. Criswell also called for funding to expand the county’s food programs, as well as expand access to parks and hiking trails.

He also said he would continue to fight for the return of inpatient psychiatric beds and support the development of a center for mental crisis stabilization.

Woltman, 59, said economic development, public safety and tax breaks for the county’s residents would be his priorities if he were elected to the legislature.

He said he would propose abolishing the sales tax on clothing and shoes of up to $ 110, both to provide tax breaks for residents of the county and to help improve the retail economy. He also said he would encourage a “well coordinated effort” between the County Department for Economic Development and the Ulster County Industrial Development Agency to have a conversation on how to balance industry needs while preserving the county’s natural beauty to create job opportunities so that young people have so-called “authentic job opportunities” after completing their training without leaving the district.

Woltman said that programs at the Ulster County Restorative Justice and Community Empowerment Center must be fully funded to divert juveniles from criminal justice who make “correctable” errors, and said he fully supports law enforcement.

He also said the county needs to promote the growth of the county’s arts industry, and the county officials need to continue efforts to improve access to public transportation.

Woltman has lived in the county his entire life and has been the City of Kingston Purchasing Manager for the past 26 years. He is a 1980 graduate of Kingston High School and attended SUNY Ulster. While in the Legislature, Woltman chaired the Legislature’s Economic Development Committee. He lives on Abbey Street in town.

His name will appear on the Republican and Conservative party lines.

Criswell has been based in the county since 2014, has been a member of the City of Kingston Arts Commission since 2016, and plays the character of Rip Van Winkle in the annual Kingston Sinterklaas Parade. He graduated from Liberty High School in Bethlehem, Penn, 1982. He holds a bachelor’s degree from Bard College and a master’s degree from Manhattanville College. He lives on Abbey Street.

In addition to keeping the Democratic line, Criswell’s name will appear on the Working Families Party line on the ballot.