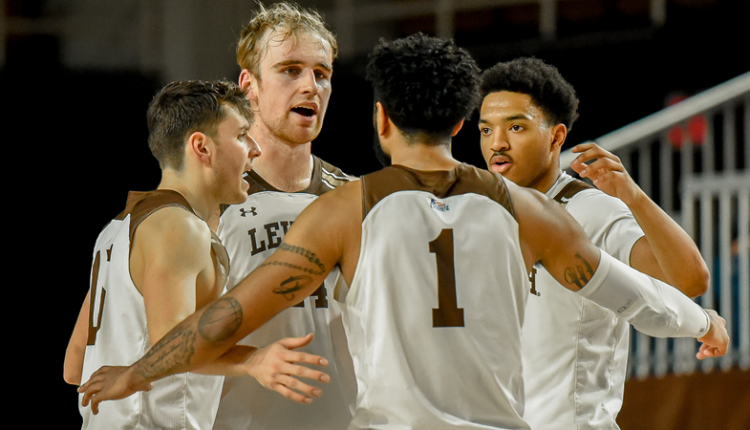 BETHLEHEM, Pennsylvania – The Lehigh men’s basketball team will be looking to recover from their first Patriot League loss of the season when they host Holy Cross on Monday night. The game time on ESPN + is set to 7:00 p.m. Last time the Mountain Hawks fell early at Army West Point, and despite a much better second half, with Lehigh beating the Black Knights by four points, it wasn’t nearly enough.

On Friday, Army opened an early 21-4 lead and didn’t want to look back. The Mountain Hawks struggled particularly offensively in the first 20 minutes (half behind 39-13). But it took Lehigh less than five minutes in the second half to level his points in the first half. During the first year, Keith Higgins Jr. continued to impress, scoring double-digit points in the second half for a fourth straight game (which includes all three Patriot League competitions). In the last 20 minutes he scored 10 of his 13 points. In his last four games, Higgins has scored 67 points (53 of them in the second half). Junior Evan Taylor also finished with 13 points, including Lehigh’s first six points of the competition. Higgins and Taylor combined 10 out of 17 (while the rest of the team was 10 out of 33). It contained a 3-for-4 representation from Higgins’ 3-point range. Dominic Parolin was also strong on the bench in his sophomore year, scoring all 10 of his points in the second half on 3-of-4. He also had two steals to reach a career high point.

On Friday, fifth grader Marques Wilson returned to Yale for the first time since December 1. He played 21 minutes off the bench and scored five points while adding two assists, two rebounds, a steal and a career high with two blocks. With the win, Army improved to 3-0 (as one of only two undefeated teams in the league, along with Navy). Lehigh dropped to 2-1 as the Mountain Hawks are currently third in the Patriot League very early on.

Lehigh and Holy Cross will play in Stabler for the first time in two seasons; the teams played two games on consecutive days at Holy Cross last year, both Mountain Hawk wins.

Holy Cross celebrates a 79-74 home win over Lafayette to take an eight-game streak of bad luck to claim his first Patriot League win of the season. The Crusaders were down four in the half, but outperformed the Leopards by 45:36 in the last 20 minutes. Gerrale Gates, the winner of the Preseason All-Patriot League, finished with 27 points and 14 rebounds, his season averages 13.3 and 7.6. In the first year, Kyrell Luc ranks second in the Crusaders (11.8 points per game), while Judson Martindale is not far behind (11.2). Holy Cross began league play with losses to Navy (70-56) and Loyola (79-70). The Crusaders’ victories were won over Regis and Mount St. Vincent.

Lehigh swept two games at Holy Cross last season when the teams played in Worcester on consecutive days. After a 75-72 win on January 23, the Mountain Hawks won 82-74 a day later. This marked Lehigh’s third straight win against the Crusaders, which was within 43-27 in the all-time series. Overall, Lehigh has won six of the last seven in the series and is 10-5 above the last 15. Each of the last eight games has been decided by seven points or less (Lehigh is 6-2 in that range). Lehigh and Holy Cross first met in 1976, an 84-60 victory for Holy Cross before reuniting for game in the Patriot League in the early 1990s.

After the game on Monday, the Mountain Hawks head to Bucknell on Thursday to take on the bison. The opening tip is set for 7:00 p.m. on ESPN +.