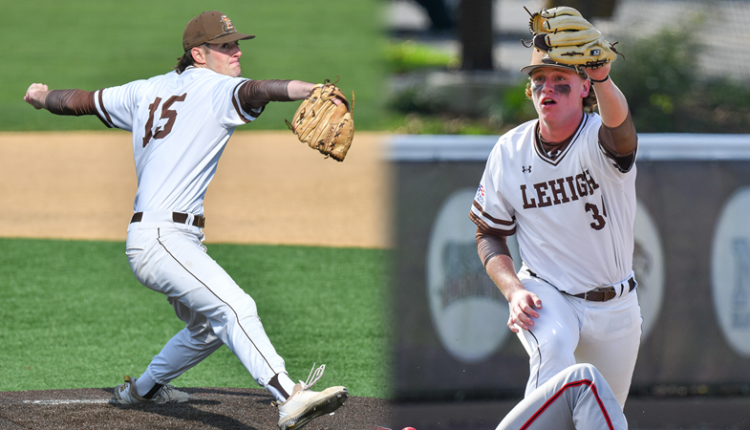 BETHLEHEM, Pa. – National publication D1baseball.com began Thursday morning with its Patriot League preview for the 2022 season and the Lehigh baseball team was one of the headliners for the second year in a row. Senior southpaw Luke Rettig was named Preseason Pitcher of the Year and first year infielder Rafe Perich was named Preseason Rookie of the Year by the publication. In addition, many Mountain Hawks were mentioned as Top Prospects for the 2022 MLB Draft and Lehigh was picked to finish second for the second straight year.

Rettig was excellent in his junior campaign at Lehigh in 2021, earning Second Team All-Patriot League honors for the first time in his career. The lefty was one of the main staples of the rotation which included 2021 draft selections Mason Black and Matt Svanson. Rettig went 3-4 with a 3.59 ERA in 13 appearances, making nine starts. His 62 strikeouts ranked third on the team, punching out a season-high 10 batters without allowing a run against Lafayette on Apr. 14. Through three seasons with the team, Rettig has a career 3.98 ERA with 136 strikeouts and only 54 walks over 135.5 innings.

Perich comes to Lehigh with an opportunity to make a significant impact from the get-go. A Northwestern Lehigh product, he was a First Team All-Area pick in three consecutive years (2019-21) and helped lead his team to a district runner-up finish in all three seasons, while winning the league his senior year. According to Perfect Game, Perich was the 37th player ranked overall in Pennsylvania and was fourth amongst shortstops. Per D1baseball.com, Perich “brings unique physicality to the middle infield.”

Lehigh takes the field for the first time on Feb. 18 with a three-game weekend series at Davidson. The Mountain Hawks came up just a win short of hoisting its third Patriot League title in 2021, but won the Regular Season title for the third time in program history and for the first time outright.