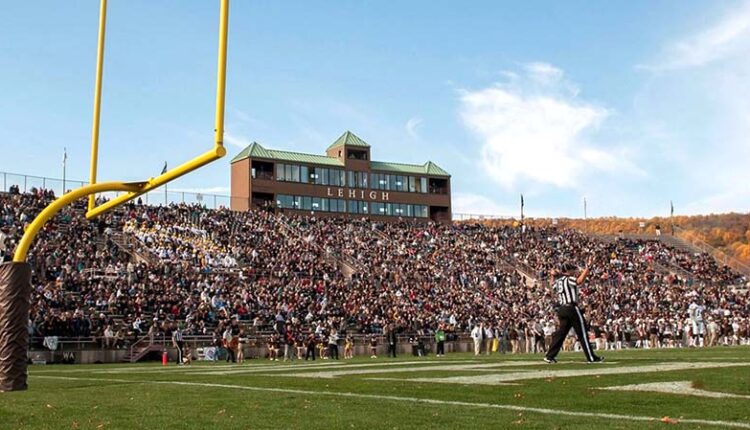 The class of 2021’s finest athletes

With the end of the COVID-19 era of college athletics the brown and white would like to honor Lehigh’s most prominent elite athletes and their achievements from this unprecedented year in sport.

As a captain who won the Patriot League championship and qualified for the NCAA tournament for the first time since 2010, Clougherty played a total of 16 games with 441 minutes on the court. Cloughtery scored 191 points in the 2021 season, earning the second team’s All-League.

The senior Wilson led the Mountain Hawks in 2021 with 484 minutes of play and 230 points. Wilson’s 15.3 points per game were good enough to earn both the Third-Team All-Patriot League and the NABC All-District awards. Wilson will be returning to Lehigh next year to play as a graduate student.

Havas, who hails from Maastricht, the Netherlands, was named to the All-Patriot League for the third year in a row in 2021. Offensively, Havas scored the most goals and points that were scored in the team with three goals and six points. Havas was also named the Academic All-Patriot League with a GPA of 3.75.

Haffner was the top tackler of the Mountain Hawks with 28 stops and received the All-Patriot League award for the second team. Haffner’s record that season for the most stops in a game was 11 against Bucknell. Haffner had no less than eight tackles per game.

Synder received the Second-Team All-Patriot League award for his performance at six receptions for a total of 58 yards in three games. The climax of Synder’s season was a 36 yard three catch attempt against Bucknell.

In his fifth year, Gaffney is the Premier Lacrosse League’s first college draft pick in program history. Gaffney was selected by the Archers Lacrosse Club with the 21st overall victory. Gaffney leads the Mountain Hawks in all faceoff wins of all time and the groundball leader with 669 faceoff wins and 391 groundballs respectively.

After the Mountain Hawks won the Patriot League regular season, Spence was critical to the team’s success. He has played almost 600 minutes of playing time in every game this season. Currently, Spence only allows an average of 9.69 goals per game. Spence’s percentage of goals saved is .561, good enough for fourth place in the Patriot League.

Graduate student Dickey was named the Intercollegiate Women’s Lacrosse Coaches Association (IWLCA) on May 20 for her performance against Lafayette when she forced a six-turn career from the Leopards. Dickey has won seven weekly Patriot League awards and is currently the best player in the league for forced sales averaging 2.6 per game.

Senior Stevo Bednarsky was named the All-Patriot League first team for the second year in a row. Bednarsky started and played in the four games the Mountain Hawks played that year. Bednarsky is the first player since Mark Forrest, 19, to be included in an All League selection three times – with two first-team selections and one third-team selection.

As the goalkeeper of the women’s soccer team and the middle distance runner of the women’s athletics team, Royds is excellent in both sports. Royds started and played in every game of the soccer team that season with a safe percentage of 0.846. Royds also received the bronze medal at the Patriot League Championships in the 4x800m relay team with a split of 2:16.

Wang was one of the top performers on the men’s tennis team that year. Wang’s overall record in singles was 5-3 and his double record was also 5-3. The senior was even named Patriot League Player of the Week in March 2021 for his outstanding performance against Villanova.

She had one of the best records on the women’s tennis team that year with an overall record of 3-4 singles and a doubles of 5-3. Gonzalez was named Patriot League Player of the Week in March for her performance against Loyola, winning 6-4 7-6.

As a fifth-year PhD student, Kirshenbaum finished second in the Patriot League 10,000 meter race on April 30th. This marked the first time Kirshenbaum stood on the podium in his Lehigh running career. Kirshenbaum’s time of 30:31 gave him the Second Team All-Patriot League award.

The senior from Ljubljana, Slovenia, finished second in the 400m hurdle of the Patriot League on Saturday, May 1st, with a time of 1: 01.98. Skerlj’s performance was good enough for the All-Patriot League second team award, and her time occupies her second place in Lehigh 400m hurdles history.

The Lancaster volleyball captain was named the second team in the All-Patriot League that year. That season, Lancaster led the team with an impressive 110 kills, averaging 3.70 per set. They also recorded 63 excavations for a total of 12 blocks.

Wood qualified for the NCAA tournament for the fourth time and won his fourth EIWA title. He was a standout wrestler for the Mountain Hawks in 2021. Wood is a three-time All-American and competed in the United States Olympic Trials last month. Wood is expected to return to Lehigh next year and wrestle for the 2021-22 season. He received the Patriot League award and was named to the Academic All-Patriot League with a GPA of 3.81.