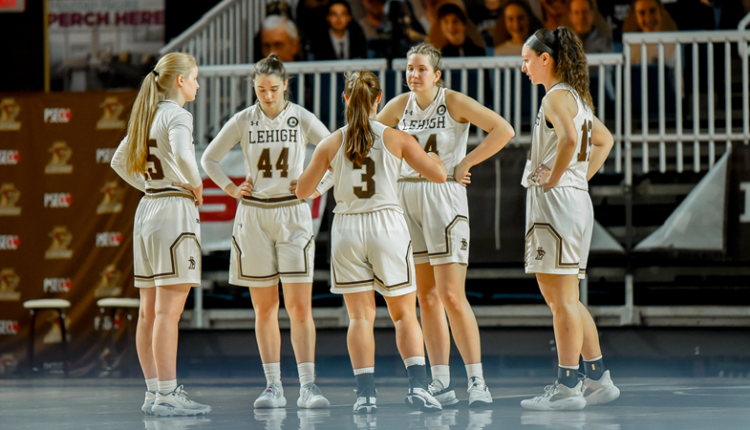 Spot in Championship Game on the line Thursday between Lehigh, Bucknell

BETHLEHEM, PA. – For the third year in a row, the Lehigh women’s basketball team has entered a Patriot League semi-finals. Only one win on Thursday night separates the fourth-line Mountain Hawks from their first Patriot League Championship game since the 2014-15 season and for the sixth time in program history. On Thursday, the team visits the Sojka pavilion to compete with Bucknell at 7 p.m. The winner will face either Boston University with the second seed or American Sunday with the third seed hosted by the tallest remaining seed.

A win would also make the Mountain Hawks the team with the lowest starting numbers to qualify for the title game since Lehigh made it as number 6 in 2014/15.

It’s been 11 years since the program last played the league title and NCAA tournament, and it’s all about momentum once again as the team tries to accomplish something that the program has missed over the past decade.

Lehigh won an impressive 75:57 home win against Holy Cross with the fifth seed in the quarter-finals on Sunday in the Stabler Arena. The Mountain Hawks shot the ball efficiently and used the running game to their advantage, overtaking the Crusaders 30-11 in the middle phase to claim victory.

Junior striker Emma Grothaus had her most complete game of the season, hitting a season high of 19 points with seven rebounds, adding two blocks to her total. Freshman striker Jamie Behar made a brilliant postseason debut, hitting a career high of 16 points with four 3-pointers, including three in a row in the fourth quarter to help the Mountain Hawks win. The second wing, Frannie Hottinger, averaged 14 points and seven boards.

Senior Guard Mary Clougherty and Junior Guard Clair Steele went up and down like clockwork with seven and six assists respectively. Steele is currently the first in the Patriot League in this category with 4.2 helpers per game.

3-point shooting was a topic that was well represented on Sunday, as it has been for most of the current season. Lehigh managed to collect 13 3-pointers as a team against the Crusaders. It was the sixth game this season that the Mountain Hawks had at least 10 3-pointers in a game. Lehigh has recorded at least eight shots from a distance in all 13 games this season so far.

The team averages just over 10 3-point points per game (10.4), by far the most of any team in the Patriot League currently ranked third in the entire NCAA Division I.

There are only two undefeated programs left in NCAA Division I women’s basketball. One of them is California Baptist, who is currently in the postseason third year of a four-year transition to D1. The other is 9-0 Bucknell, who wants to repeat himself as Patriot League Champions from the 2019 season.

The best-filled bison started its run on Saturday in the quarter-finals of the Patriot League against Loyola with eighth place on the grid and won the Sojka Pavilion (65:50).

The game played on Saturday was Bucknell’s first in 35 days and was missing over a month as the university closed due to the COVID-19 pandemic. Tessa Brugler and Taylor O’Brien, the Bison’s two All-Patriot League selections, both recorded double-doubles in victory.

O’Brien scored 22 points with 11 rebounds while Brugler had 11 points and 11 boards. Ally Johnson was second on the team with 16 points, added four rebounds and walked 5-on-6 off the free-throw line.

Bucknell’s 9-0 record this season is definitely justified despite the lack of competition. The bison are among the leaders in the Patriot League in a variety of categories including second in scoring (72.4 ppg), second in defense (54.7 ppg), first in free throw ratio (0.805) and the first in the percentage defense of field goals (0.337)), first in 3-point percent (.391) and first in the assist turnover ratio (1.7).

Thursday’s quarter-finals marks the 92nd ever meeting between Lehigh and Bucknell, dating back to February 22, 1977. The bison leads the all-time series with 48:43.

Bucknell has won 14 of the last 15 games against Lehigh since the 2014/15 season. The Mountain Hawks have fallen directly on the bison nine times, four of them this season. You haven’t won Lewisburg since February 20, 2013. Bucknell leads Lehigh in the Patriot League 37:25. In the Patriot League tournament, the Mountain Hawks are 4-1 against Bucknell and last won the quarter-finals in the 2011/12 season.

The last time these two teams met, the Mountain Hawks gave up an 18-point lead at the end of the third quarter when the bison ran a 21-5 run to take command in the final five minutes of the competition win. from behind victory. Frannie Hottinger scored 24 points with nine rebounds in defeat.

Thursday night’s game will be broadcast live on ESPN + and broadcast on Lehigh Valley Fox Sports Radio 1230/1320 AM, 94.7 FM in Allentown with Matt Markus on the play-by-play call.

Spence Named to USILA National Team of the Week