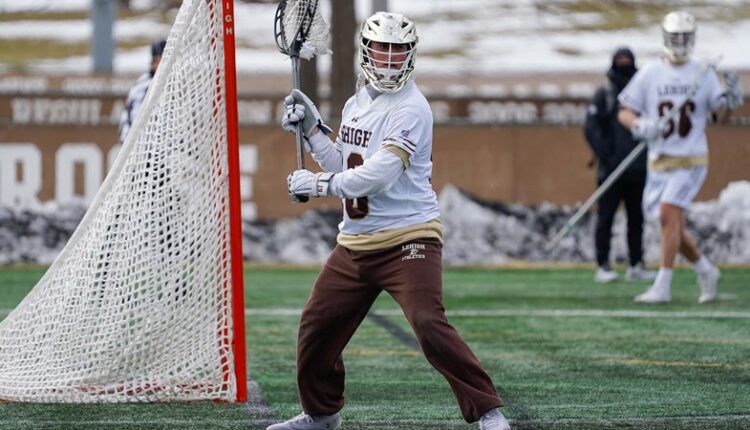 Spence Named to USILA National Team of the Week

BETHLEHEM, PA. – One day after being named Patriot League Goalkeeper of the Week, Senior James Spence received another award on Tuesday, earning a spot on United States Intercollegiate Lacrosse Association National Team of the Week. Spence was one of only 10 players to join the team nationwide.

In Saturday’s 10-6 win over Loyola No. 10, Spence made a career high with 17 saves, with 16 of those stops being made in the past three quarters. Included were some timely stops when the greyhounds were trying to get back into the game. After the greyhounds pulled 9:16 within 9-6, Spence stopped the last four shots that got in his way. As a unit, Spence and the Mountain Hawks defense held Loyola for the fewest goals in a regular season game since March 12, 2016 against Duke.

For the season, Spence has 6.11 goals against average and 68.8 percent savings.

James Spence was a wall on Saturday ? and that earned him @PatriotLeague Goalie of the Week ? pic.twitter.com/mQctEVtZgz today

On Monday, the Mountain Hawks jumped 11th in all major national polls. With 2-0 in the season, Lehigh will be back in action when he travels to Bucknell on Sunday to face the bison. The game time is set to 12 o’clock

Spot in Championship Game on the line Thursday between Lehigh, Bucknell