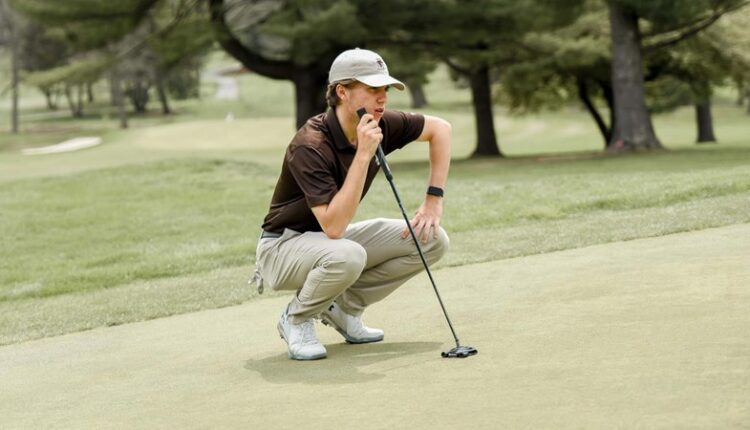 LEWISBURG, PA. – The Lehigh men’s golf team played in their last vote before the Patriot League championship this coming weekend and fell on Bucknell on Saturday at Bucknell Golf Club with 289 to 294 points.

The second trio of David Hurly, Joey Dotta, and Sam Barton led the Mountain Hawks as all three shot three over par 73 on the par 70 course, but Bucknell had three players shoot 72 and two other 73s to claim the win.

Hurly, Dotta and Barton were part of a five-way tie for fourth place. Senior Owen Quinn and newbies AJ Gilpin and Edmund Broderick all shot 75, finishing ninth. Gilpin appeared as a single player for the Mountain Hawks. Newcomer Marco Arosemena was Lehigh’s sixth player, carding a 77.

Quinn and Barton both scored eagles on their lap, while Dotta made three birdies at team level and Hurly carded 13 pars, the leaders in the field.

Next up for the Mountain Hawks is the Patriot League Championship May 1-2 at the Naval Academy Golf Club in Annapolis, Md.