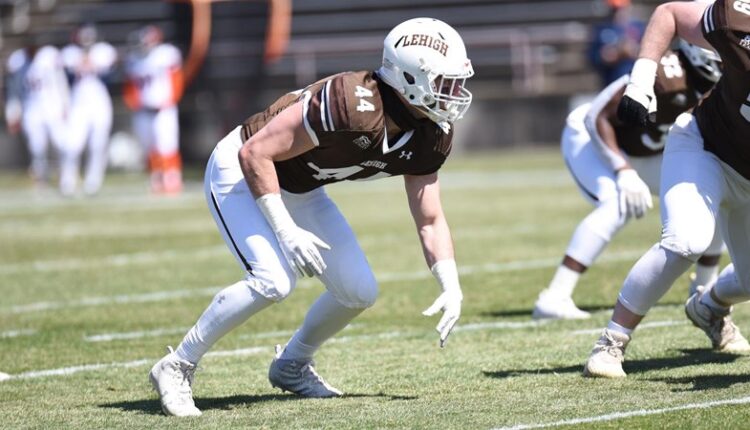 Qualifications for membership in the NFF Hampshire Honor Society include: a starter or authoritative contributor in the final year of eligibility for an accredited NCAA Football Bowl subdivision, Football Championship subdivision, Division II, Division III, or NAIA college or to be an NAIA university and achieve a 3.2 cumulative grade point average throughout the course and meet all NCAA-mandated advances in achieving study requirements.

Slater has a cumulative GPA of 3.44 for a Journalism major. He has created Lehigh’s dean’s list with a GPA greater than 3.6 in four of his first seven semesters, including a 4.0 semester in Fall 2020. Slater is a two-time member of the Patriot League Academic Honor Roll.

On the field, the native Old Tappan, NJ, appeared in 28 career games and started 13 of 14 Lehigh’s 14 competitions in the past two seasons as a defensive end / outline player. Slater had eight tackles and two tackles for loss in the Mountain Hawks’ three-game spring 2021 campaign. He started 10 games as a junior in 2019, made 34 tackles, including 12 tackles against loss, and added four sacks. Slater ended his Lehigh career with 17.5 tackles for loss and six sacks.

A group of 910 players from 255 schools qualified for membership in the Hampshire Honor Society in 2021, the Society’s 15th year. The initiative has honored 13,077 student athletes since its inception.

This is the eighth time in nine seasons that Lehigh has named at least one soccer student athlete to the Hampshire Honor Society.