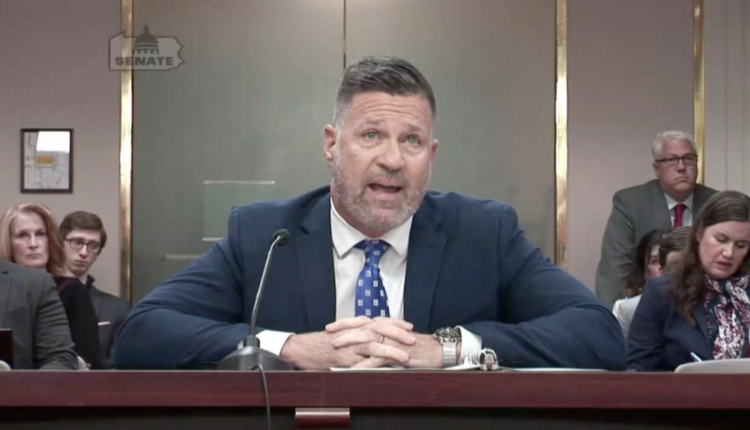 A proposal to increase the tax credit caps for businesses that donate money to scholarship funds for private schools advanced out of a Senate committee Wednesday, with the author claiming it will “save lives.”

Opponents, however, argue the legislation will hurt public schools and lead to higher taxes.

Drafted by Sen. Mike Regan, R-York, the bill would automatically increase the Educational Improvement Tax Credit and Opportunity Scholarship Tax Credit caps by 25 percent each fiscal year when at least 90 percent of the available credits are claimed the year before. Regan introduced a near-identical bill in 2019, but it never saw a committee vote.

“Some of these kids may never get the opportunity to lift themselves out of poverty or [an] inevitable life of crime and prison,” Regan told the Senate Education Committee, which voted 7-4 to send the bill to the full Senate. “Because their taxpayer-funded schools continue to fail to provide them with the education and support they need to break that horrible cycle.”

An estimated 40,000 to 50,000 students each year are denied admittance to private schools due to a lack of available scholarship funds, Regan said. Echoing calls for so-called “school choice” measures circulating in the Republican-controlled General Assembly, he added that students should have the opportunity to learn in a setting that’s best for them.

The Pennsylvania School Boards Association opposes the measure, estimating that the bill would take the tax credit programs to a combined $2.6 billion in 10 years. In a letter to the Senate committee urging a vote against the proposal, the association said it would “shift much-needed resources away from other essential priorities,” especially schools in “resource-poor communities.”

The Pennsylvania State Education Association also opposes the legislation. In a statement to the Capital-Star, Chris Lilienthal, a PSEA spokesperson, said the bill will provide “a massive increase in tax breaks for corporations that contribute to private and religious schools.”

“Each year, these tax break programs will get funding increases of 25 percent — more than 10 times the percentage increase that public schools typically receive in any given year,” he said, estimating the potential impact. “This dramatic shift in education funding will inevitably come at the expense of our public schools that educate nine out of every 10 Pennsylvania students.”

Pennsylvania’s education funding system, which relies on a formula that uses outdated population money to allocate money to schools across the state, has been a point of contention in Harrisburg. The state adopted a modernized version for appropriations in 2016, but the formula only applies to new funds.

“We have too many schools that are not fulfilling their responsibilities to some, if not all, of their students,” Regan said, adding “throwing more money at those failing schools” is not a solution. “And when we force kids to remain at a designated school district simply because of their ZIP code, we are doing them a complete and utter disservice.”

All four Democrats on the 11-member committee opposed the proposal.

Sen. Lindsey Williams, D-Allegheny, the ranking Democrat on the panel, disagreed with the premise that the legislation will prevent Pennsylvanians from being incarcerated and noted potential cuts to state programs or higher taxes to make up for lost revenue as a result of the proposed escalator.

“I really hope that the Commonwealth Court is watching this legislation,” Williams said, referencing the ongoing trial in a case that could transform how Pennsylvania funds its 500 public schools. “This legislation is an indication of the Legislature’s willingness to fully invest in public schools to meet our constitutional obligation to provide a thorough and efficient system of education.”