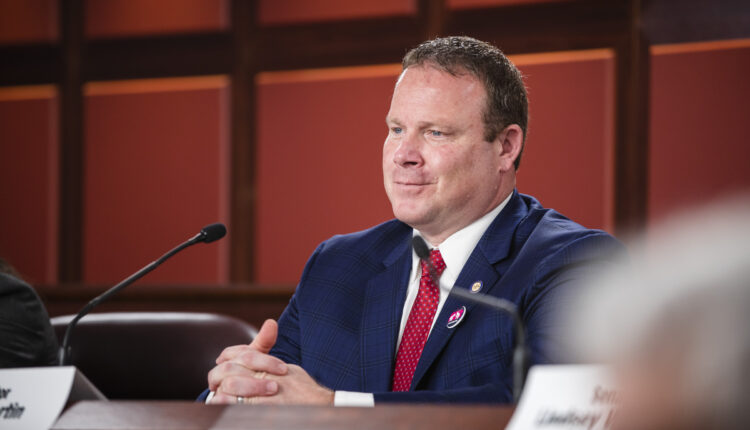 After nearly two hours of debate on Wednesday, the upper chamber voted to send the proposals — introduced by Lancaster Republican Sens. Ryan Aument and Scott Martin — to the House of Representatives for consideration.

The first bill, which received a 30-20 vote, would require school districts to develop policies for providing parental notification of learning materials and books with “sexually explicit content.”

The bill defines the content, examples of which were shared with lawmakers on a Senate GOP webpage, as:

Lawmakers have cited examples provided by parents as the driving motivation for the legislation, saying that the bill is not a book ban. Instead, they’ve argued it gives power to parents to decide what their children are exposed to in school.

“There’s not one thing listed in this bill that requires any book to be removed,” Martin said on the Senate floor.

He added that the legislation allows “parents to be notified and be able to prevent their child from being exposed to certain images or words.”

Democrats in the chamber, however, argued that homophobic and transphobic beliefs motivated the legislation.

“Every school district has to screen and filter and plan for age-appropriate curriculum and materials,” Sen. Katie Muth, D-Montgomery, said. “That’s already happening.”

Sen. Lindsey Williams, D-Allegheny, said the proposal is part of an effort driven by white nationalist groups, a claim met by groans from Republicans on the Senate floor.

Sen. Camera Bartolotta, R-Washington, said the proposal would not limit classics or “coming of age” novels.

The second proposal, which advanced out of the Senate with a 29-21 vote, resembles the so-called “Don’t Say Gay” bill enacted in Florida earlier this year. The legislation would ban classroom instruction on gender identity and sexual orientation for pre-kindergarten through fifth grade and ban schools from withholding information about a student’s gender identity or sexual orientation from their parents, with some exceptions for abuse or abandonment of a minor.

Democrats argued that the legislation could isolate kids and scare people from wanting to talk about their identity or experiences.

The Pennsylvania State Education Association, the state’s largest teachers group, opposes the legislation, saying the proposal could censor educators and prevent them from offering support to students. The Philadelphia Federation of Teachers also opposes the bill.

Martin and Aument said that the legislation would not ban discussions on sexual orientation and gender identity in schools. They added that it would not prohibit teachers from talking about the subjects or offering support to students.

“To suggest that prohibiting formal curriculum on sexual orientation and gender identity for young students without impacting any student-initiated discussions would somehow ‘cause an uptick in suicides’ is an extreme leap from alarmist opponents who seem to be determined to teach elementary school children about explicit and sexual topics behind their parents’ backs,” the lawmakers said in a statement. “Schools should be nurturing and supportive environments for all students — this bill won’t change that.”