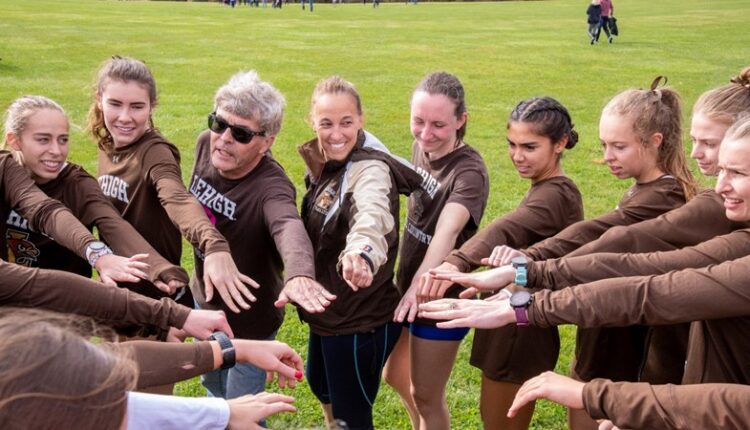 Season Preview: Lehigh Looks to Carry Track and Field Success Into the 2022 Season

The 2021-22 track and field season resulted in nine school records, three Patriot League titles and two ECAC titles. The goal of the Lehigh women’s cross country team for the 2022 season is quite simple: carry over the success from track season and build on it.

In her 26th season as head women’s cross country coach, Debbie Utesch looks to not only replicate the Mountain Hawks’ success from last year but hopes to continue to build on it and bring the program into a new generation.

“We had these same cross country women during the outdoor track and field season. We went out to the Bucknell distance classic and these women had a tremendous meet out there,” said Utesch. “We had women who stepped up, won their heats and heats at Bucknell are often 40, 50 people. We had people winning their heats in the 5k and the 1500m. We were all over the track and on the PA system which was kind of fun and I think it gave those women a lot of confidence that they can take into the cross country season.

“Both first-years bring a lot of personality to the team,” Utesch said. “They’re both very outgoing and great teammate demeanor kind of people so we’re really enjoying their personalities.

“I think Lucy brings a lot of leg speed because she was a middle distance specialist in high school and Elisa brings a lot of athleticism because she came out of a basketball background and I think she’s enjoying coming down from altitude to sea level,” continued Utesch. “Both of them have to make an adjustment to the 6k distance but I think they both have pretty good opportunities to make solid impacts as first-years.”

Lehigh’s upper class student-athletes have played a crucial role in the program throughout their time in Bethlehem and are expected to step up as leaders for the Mountain Hawks. Graduate student Martina Sell is returning for a fifth-year. Sell’s prior cross country and track and field experience alongside her involvement within the athletic department, has shaped her into a leader for Lehigh this year.

“We’re fortunate to have Martina back as a leader,” said Utesch. “She has a tremendous perspective of how all the pieces work together to create a successful program. She’s the only one on the team who has a solid pre-COVID perspective of what it is to be a cross country and track and field athlete at Lehigh so she has that ability to add that perspective, not that everything has to go back to the way it was but there was some good things that came from that era that we want to add into whatever our new norm is going forward.I think she brings the opportunity to have that other voice that makes this new generation of Lehigh cross country women.”

Joining Sell in the leadership role are Lehigh’s five seniors. Madison Zaun and Allison Duane will serve as captains for the Mountain Hawks while the remaining seniors (Annalise Davis, Andrea Miller and Eirinn Sikes) will continue to mentor and lead the Mountain Hawks throughout the season.

“Going in, Alli is kind of like the glue that holds the team together from just being a tremendous encourager and listener with lots of good perspectives and she is finally healthy and ready to perform,” Utesch said. “She was a walk-on for us back in the day so it’s nice to see somebody that started as a walk-on develop into that kind of leader on the team.

“Maddie Zaun, I would say she was on the verge of having a very good cross country season for us last season,” Utesch continued. “She ended up finding out she had an illness towards the end of the season. We didn’t know it but she was trying to race in the Patriot League Championships, got the official diagnosis after Patriots and that really prevented her ability to finish out She came back at the tail-end of track season to run a 10k at Patriots so even though she might not have been quite as fit as she would have wanted to be from that post-illness, she’s in great shape and stepping up as a leader this year.”

Davis and Miller are two Lehigh student-athletes who will look to replicate their track and field success on the cross country course this year. At the outdoor Patriot League Championship, Davis finished ninth in the 1500m while Miller finished tenth in the steeplechase.

“We have a group of women that did a really nice job developing through the steeplechase distance and that was Lindsay MacLellan, Andrea Miller, and Savanah Beavers,” said Utesch. “Some of them taking on the steeplechase for the first time while some of them getting back to it so they fell just out of the scoring places at Patriots but that’s an event that reveals a lot of toughness and resiliency which are very transposable qualities to cross country.

“Annalise Davis is another girl who was more of a middle distance specialist for us during the track and field season but had performance jumps in those events and we’re hoping those will transfer over to cross country.”

The two-time ECAC champion, Christina Yakaboski returns to Lehigh for her junior season. Yakaboski won the 5000m and was a member of the first-place 4×800 relay team at last year’s ECAC Championships.

“Christina really came into her own during the track season,” Utesch said. “She has been primarily a middle distance specialist but she showed great range, moving up to the 5,000 pretty late in the outdoor season, taking a stab at it and winning the ECAC championship there. We’re excited to have her back as a junior leaders on the team.”

The Mountain Hawks will open up the season at home on Friday, Sept. 2. The men’s and women’s cross country teams will host the Lehigh Invitational where the women’s 6k will begin at 6:15 pm Lehigh will compete against La Salle, Muhlenberg, Moravian , NJIT, Rider, Rutgers, St. Joseph’s and Temple in its first meet of the 2022 season.

Following the Lehigh Invitational, the Mountain Hawks are scheduled to compete at the Harry Groves Invitational in University Park, Pa. on Friday, Sept. 9 at 10 am Lehigh will stay home for the next two meets before traveling for a remainder of the season.

Lafayette will come to the Goodman Campus Cross Country Course on Friday, Sept 16. The Mountain Hawks will look to extend their winning streak against the Leopards with competition beginning at 6:15 pm Two weeks later (Sept 30), Lehigh will host its final home meet of the 2022 season, the much anticipated Paul Short Run.

“We actually have three meets in a row so we are not going to run our full roster at either of the first two meets and instead do a split squad in the home meet and split squad at Penn State so it won’t give you a real good look of what we’re capable of until we come together at the Lehigh-Lafayette Dual meet but it gives those opportunity, especially the ones who are newer to the 6k distance or coming off an extra sluggish year a chance to open up at home and have the opportunity to go out and potentially see where they may be racing for the NCAA Mid-Atlantic meet at the end of the season.”

Following the Paul Short Run, the championship portion of the season will begin with the ECAC Championship on Friday, Oct. 14 in New York City, NY On Oct. 29, the Mountain Hawks will travel to Bucknell to compete in the Patriot League Championship at 10 am Lehigh will travel back to Penn State for the NCAA Mid-Atlantic Regional on Saturday, Nov. 11.