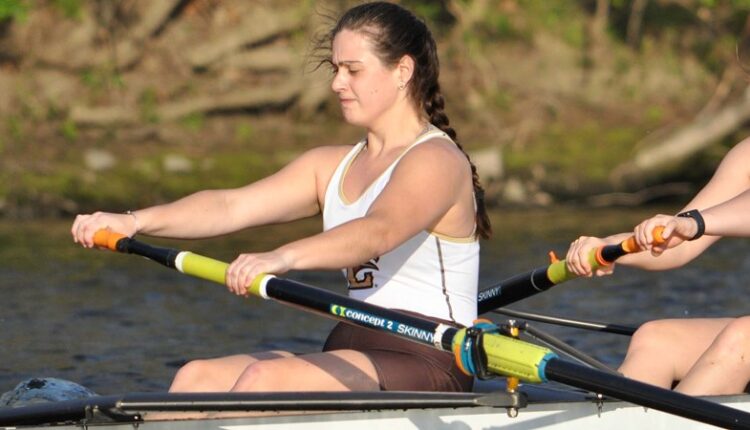 BETHLEHEM, PA. – A key member of the Lehigh Women’s Rowing University Eight, Junior Bella Papov, was recognized on Tuesday as a member of the 11-person team of the Academic All-Patriot League. Papov has an impressive 3.70 cumulative GPA as a biochemistry major while on the water. She helped Varsity Eight achieve their best ever result in the Patriot League Championship.

Papov was in the bow seat in the Varsity Eight at the Patriot League Championship (she was also in the three seats earlier in the spring). The V8 finished fourth at Patriots, Lehigh’s best result since the league expanded beyond five teams. The only time the Mountain Hawks V8 finished fourth was when there were only five teams in the league. Lehigh was less than three seconds behind third. The Mountain Hawks were closer to first place (less than 12 seconds) than fourth (just under 28 seconds). Lehigh’s Varsity Eight was named Patriot League Boat of the Week twice in 2021 – the first two-time winner in program history. The first accolade came after Lehigh’s victory over Loyola in a doubles in which the Mountain Hawks never left the greyhounds by nearly a minute. The second award came after beating Colgate by 25 seconds in the morning heat, then Marist by more than 16 seconds in the afternoon grand finale.

Bethlehem pedestrian bridge: Public suggests it could be much more than that, like a market or performance venue, too