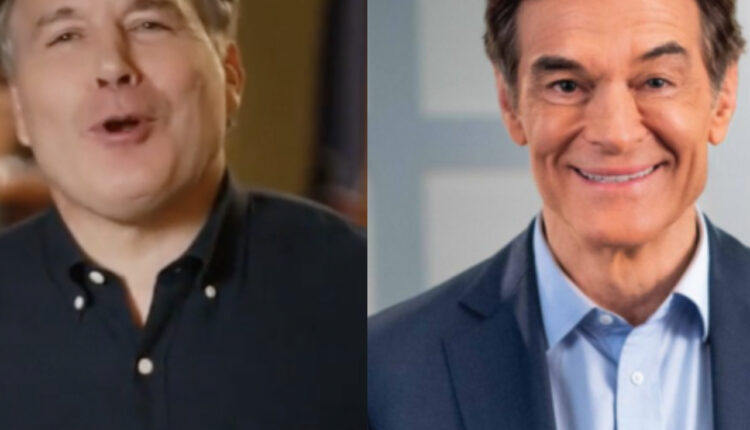 Democratic-leaning social media accounts in Pennsylvania were abuzz this week with news that Republican U.S. Senate candidates Dave McCormick and Mehmet Oz had weighed in on the future of Social Security and Medicare.

Although it was implied by some of the more dramatic accounts, neither Oz nor McCormick called for dismantling the programs and tossing older Americans out on the street.

But a closer look at their words, and the history of the Republican resistance to Social Security and Medicare, shows why advocates for the most successful social welfare programs in American history should be worried.

Oz praised the plan offered by Medicare crook, U.S. Sen. Rick Scott of Florida, which calls for all federally supported programs to require reauthorization every five years. Such a policy would not automatically eliminate Social Security or Medicare, but it would allow privatization zealots who have never seen a government benefit they didn’t want to make a profit from to require Social Security funds to be invested in a way which generates profits for monied interests.

Meanwhile McCormick proposed no cuts for current beneficiaries but then stated, “those entitlements are not sustainable in their present form.” While we shouldn’t be surprised (but we should be appalled) that a billionaire hedge fund manager would call programs that all Americans pay into “entitlements”, he is not incorrect that Social Security and Medicare need changes.

Unfortunately, as a representative of the wealthy class and a Wall Street insider, it is unlikely McCormick would support the logical solution to strengthening Social Security – the elimination of income limits on the payroll tax.

With McCormick and Oz the leading candidates for the Republican nomination for the US Senate seat being vacated by Pat Toomey, their positions on Social Security and Medicare are important – not only to Pennsylvanians, but to the entire nation.

Why should supporters of Social Security and Medicare throughout the country be especially focused on the Pennsylvania US Senate election? The makeup of the Senate shows how critical its outcome may be to the future of these programs.

Arizona, Georgia, New Hampshire, and Nevada each have a Democratic Senator up for re-election in 2022. These states are regarded as battlegrounds by Republicans looking to capture the majority in the Senate followed by winning the Presidency in 2024 and enacting their agenda, which includes opening Social Security and Medicare to profiteers.

This makes the result of US Senate elections in Pennsylvania and Wisconsin, two true swing states with Democratic Governors and Republican-controlled legislatures, critical to those who strive to maintain Social Security and Medicare as programs which help to preserve the health and welfare of the older population.

The 2022 Senate race in Wisconsin will see Republican incumbent Ron Johnson running for re-election. Johnson has cratered in polls after becoming a pure right-wing conspiracy theorist, and although he defied expectations to win re-election in 2016 and the Republican-controlled Wisconsin state legislature is doing all it can to suppress the vote this year, Democrats are favored to capture this seat.

Flipping one seat does not leave Democrats much margin for error with four Democratic-held seats potentially in jeopardy in 2022 however. Which brings us back to Pennsylvania.

The Republican primary race in Pennsylvania is not only about McCormick and Oz, as five other candidates are also on the ballot, including two with significant financial resources, Jeff Bartos and Carla Sands. But McCormick and Oz lead the polls, are showing a willingness to spend wildly on the race, and are increasingly focused on attacking each other as not being sufficiently Trump-like.

Should either McCormick or Oz advance to the general election we should expect a change in their campaign rhetoric. Gone will be the appeal to the fringiest of right-wing voters and the emphasis will be on how radical the Democratic candidate is.

But are the Republican candidates really only exaggerating their regressive conservative credentials in order to appeal to the increasingly right-wing Republican electorate in the primary? The actions of Republican elected bodies across the country, including the Republican majority in the Pennsylvania General Assembly, should give anyone who believes this pause.

Republicans show no interest in working on any issue in a bi-partisan manner. In fact, Republicans who show an inclination to do so are castigated by the majority of the party. Any proposal on Social Security and Medicare by Republicans will be weighted toward allowing Wall Street investors and insurance companies to make billions – at the expense of beneficiaries.

Advocates for Social Security may feel confident they could stop this kind of change as they did when it was proposed by George Bush in 2005. But the political landscape has shifted dramatically since then. Republicans are far more aggressively corporatist, and in most states they no longer fear being held accountable for their actions by the electorate.

But in a swing state like Pennsylvania issues can sway enough voters to make a difference. If we truly want the future of Social Security and Medicare to be about beneficiaries instead of the potential for profits, we can prove it this fall by rejecting the candidate that emerges from the Republican primary scrum and their corporate backers who are eager to get their hands on the funds Americans have set aside for their retirement years.

Opinion contributor Ray E. Landis writes about the issues important to older Pennsylvanians. His work appears biweekly on the Capital-Star’s Commentary Page. Readers may follow him on Twitter at @RELandis.

Billions of dollars in federal aid on the way to attack abandoned mine pollution in Pa., elsewhere