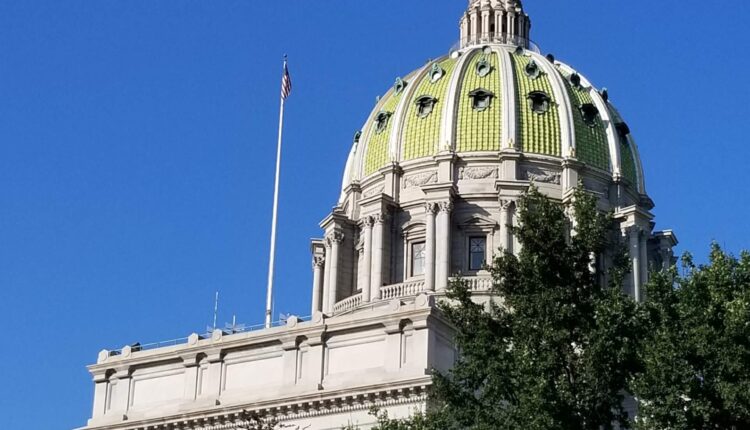 Gov. Tom Wolf’s second attempt at creating a potential lifeline for students at Pennsylvania’s 14 state-system schools with unmet financial need, will likely not be part of the fiscal 2021-22 state budget, its sponsor says.

The Nellie Bly Scholarship Program, SB 377, which was referred to the Senate Education Committee earlier this month, will likely be a victim of budget negotiations in Harrisburg, state Sen. Wayne Fontana, D-Allegheny, the bill’s author said.

“Nothing is happening from what I understand as of last night,” Fontana told the Capital-Star Thursday. “Not to say that something else couldn’t happen in the next two days, but as of right now it’s not even in the budget or in any code.”

“The Nellie Bly Scholarship Program is a game-changer,” Fontana said then. “Scholarships that fill that gap of tuition and fees not covered by Pell and state grants can mean the difference for a student who wants to learn in Pennsylvania.”

The Nellie Bly Scholarship Program is a game changer. It’s a lifeline to our students & @statesystem. I’ve advocated for years for scholarships to keep PA kids in PA schools.

Fontana said he hoped the scholarship fund would provide a much-needed boost to Pennsylvania State System of Higher Education (PASSHE) schools that have weathered the COVID-19 pandemic, and are facing consolidation and dwindling enrollment.

“We don’t know if this would be sustainable,” Fontana said, “but it would be a boost in the meantime.”

Last year, Wolf first proposed funding the PASSHE school scholarship with $200 million redirected from the Race Horse Development Fund, which distributes its proceeds “to horsemen’s organizations for health and welfare programs [and] to support racing promotion,” according to the state Department of Agriculture.

Pete Peterson, a spokesman for the Pennsylvania Equine Coalition, a statewide organization that represents more than 10,000 owners, trainers, drivers, and breeders in Pennsylvania, told the Capital-Star that its members have been in contact with their legislators since last year when Wolf first proposed funding the Nellie Bly Scholarship with monies from the trust fund.

“They’ve been in touch with legislators and leaders,” Peterson said of the group’s members. “It’s an ongoing effort to make the Legislature aware of the impact.”

Peterson said he believes the industry’s supporters are responsible for getting language removed from Fontana’s bill that made the Race Horse Development Fund the source of funding for the scholarship.

“Negotiations are continuing,” Fontana said, “Some of us are still asking for some funding source, if it’s not going to be the horse racers fund, another source.”

Fontana noted that Pennsylvania State System of Higher Education (PASSHE) officials, as well as legislators, are looking for other funding sources to keep the proposed scholarship program alive.

Wolf administration spokesperson Lyndsay Kensinger said the governor doesn’t intend to give up on Nellie Bly and other efforts to address college affordability.

“The governor will continue to fight for state investments in higher education and making college more affordable and accessible for Pa. students, including through the Nellie Bly Scholarship Program,” Kensinger told the Capital-Star.

But Wolf isn’t the only public official searching for alternatives.

In an interview with City & State Pennsylvania, state Sen. Vincent Hughes, of Philadelphia, the ranking Democrat on the Senate Appropriations Committee, suggested utilizing a combination of the state’s $3 billion surplus and federal funding to get the scholarship program off the ground, leaving the Race Horse Development Fund intact.

Looking to the Future

Unable to pin down a new funding source as of Thursday afternoon, Fontana said he wasn’t sure what the future would hold for the bill.

“Reality is setting in here,” Fontana told the Capital-Star. “It isn’t showing any momentum.”

As of Thursday afternoon, Fontana said he had not seen the proposed budget, but said he’d be surprised if Nellie Bly made the cut.

“If it appears, I’ll be elated and a little shocked,” he said.

Fontana added that he didn’t believe funding Nellie Bly was a priority for the GOP-controlled General Assembly nor for the Wolf administration as it makes tough concessions on the budget.

Meanwhile, with funding for the Race Horse Development Fund seemingly secure, Peterson said the commonwealth’s horse racing industry will focus on returning to the track after being sidelined by the COVID-19 pandemic, bringing with it, a new fan base.