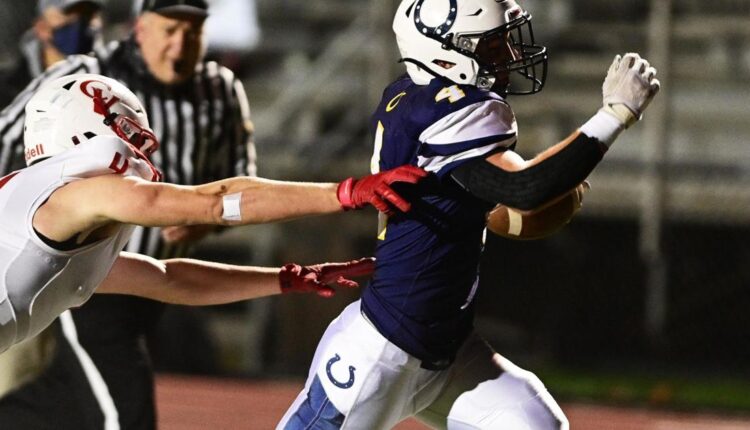 
Cumberland Valley’s Troy Collard can catch passes, score touchdowns, throw blocks, and intercept a throws or two. He’s a player who does everything.

And before he knows it, the wide receiver / tight / safety end can add another ability to its already growing repertoire: flying a fighter jet.

In a post on Twitter on Wednesday, the rising senior of the Eagles announced his commitment to the United States Air Force Academy, where he will play under head coach Troy Calhoun.

“I’ve always wanted to go to an academy and I really wanted to be a fighter pilot,” said Collard in a telephone interview on Thursday. “So it made my choice pretty clear.”

From a footballing point of view, the choice is a little more difficult, said Collard. Collard dumped nine Division I offerings this off-season, a list that includes the University of Pennsylvania, Army, Navy, Yale University, Robert Morris University, Lehigh University, and Columbia University.

Your membership enables our reporting.

He said that after every visit, no matter which school, he imagined playing football there. But after visiting the Air Force and sleeping for a few days after that, Collard said he knew he wanted to call home there after high school.

“I loved all the coaches from all three (military) academies,” said Collard. “From a footballing perspective, it was very close to me. In the end, it was more of what I wanted to do after college that made my decision final. “