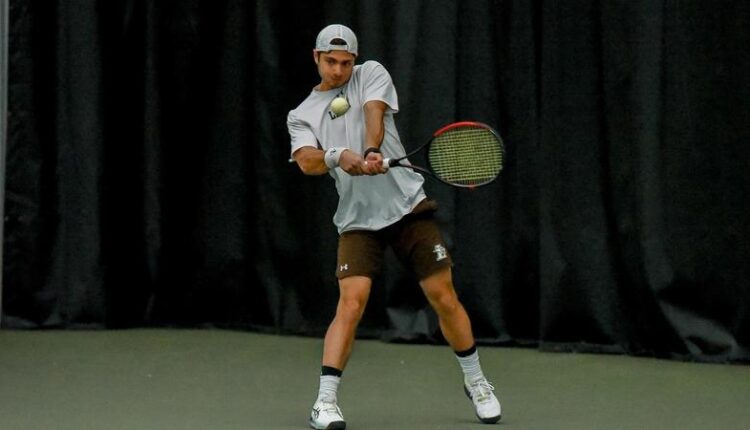 Against Patriot League rival Colgate, Lehigh picked up one doubles win and four singles wins. During doubles action senior Jeremy Learner and first-year Wyeth Anzilotti picked up a 6-3 win at the No. 1 spot.

In singles, Anzilotti and fellow first-year Jackson Morash both picked up wins in their first matches at the Lewis Tennis Center. Anzilotti defeated Colgate’s Mike Thomas 8-7 at the No. 3 spot while Morash defeated Jack Selate 8-6 at the No. 2 spot. Junior Jordan Paul and senior Michael Bukhalo also picked up wins against the Raiders. Paul defeated Aidan Lee 8-6 in the fourth flight while Bukhalo defeated Tejas Gupta 8-3 in the sixth flight.

The Mountain Hawks went undefeated against Fairfield during doubles due to the Stags defaulting all four flights. During singles play, Learner and Paul picked up two more wins for Lehigh alongside first-year Aristotelis Bezianis, who defeated Fairfield’s Stefan Mitrovic 8-1 at the No. 5 flights.

Anzilotti picked up his second singles win of the weekend against Tighe Brunetti, defeating him 8-2 in the third flight. Paul continued his singles winning streak, going 3-0 on the weekend with an 8-7 win against Villanova’s Suarez.

Bezianis also secured his second singles win of the weekend, defeating Gordan 8-4 at the No. 5 spot. Bukhalo and Nazaroff were the final Mountain Hawks to pick up single wins against the Wildcats, defeating Villanova opponents in the sixth and seventh flight, respectively.

Lehigh will close out the fall season at the ITA Regional Championships next weekend. The Mountain Hawks will travel to Philadelphia on Friday, Oct. 7 to kick off competition.

What will Ron DeSantis learn – if anything – from Hurricane Ian? | Dick Polman