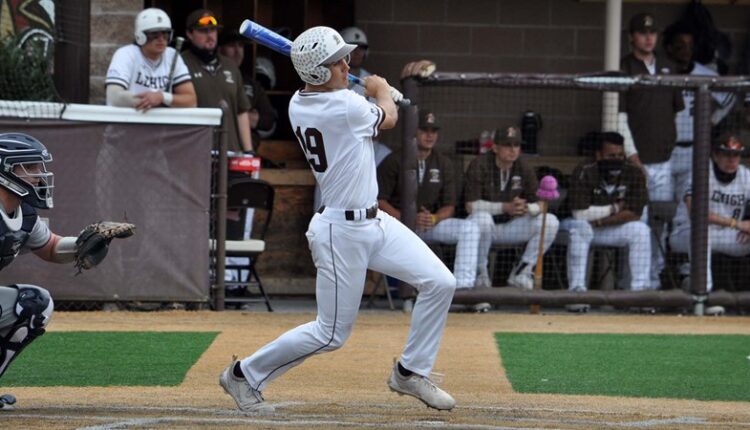 LEWISBURG, PA. – Bucknell took a quick 4-0 lead after an inning and didn’t look back when the bison beat the Lehigh baseball team 14-4 on Sunday afternoon to win the weekend streak. Five of Bucknell’s first eight runs were not earned as six Mountain Hawk mistakes proved costly. Lehigh scored three times in fifth to draw within 8-3, but a seventh with five runs cleared any doubt. The Mountain Hawks fall to 15-13 in the season, 12-8 in the Patriot League.

Lehigh’s top two hitters were bright spots on Sunday as Senior Eric Cichocki and Junior Gerard Sweeney went 7v9 with three runs and three RBIs. Cichocki finished the 4v4 race with two runs, while Sweeney was 3v5, completing three of the Mountain Hawks’ four runs in the afternoon. Cichocki’s four hits were a career high and the first time he had done so in just four bats.

The second reliever, Will Grisack, stepped into the third inning and calmed things down, leaving only two hits and a 3.2 inning run possible. Freshman Tyler Thompson allowed only one run over the last two innings, hitting two.

At the end of the first run, three Bucknell hits and one Lehigh mistake resulted in four fast bison runs. Two innings later, Bucknell doubled his lead to 8-0.

Lehigh bounced back in the fifth when four hits resulted in three runs, with Sweeney delivering a three with two runs. Two batters later, Joe Gorla overpowered Sweeney to pull Lehigh within 8-3.

In the seventh round, a Cichocki triple, followed by Sweeney RBI groundout, put the Mountain Hawks within 9-4, but a five-time Bucknell bottom-of-the-inning cleared any doubt.

Lehigh will bounce back on Wednesday when Fairleigh Dickinson visits J. David Walker Field at 3 p.m.