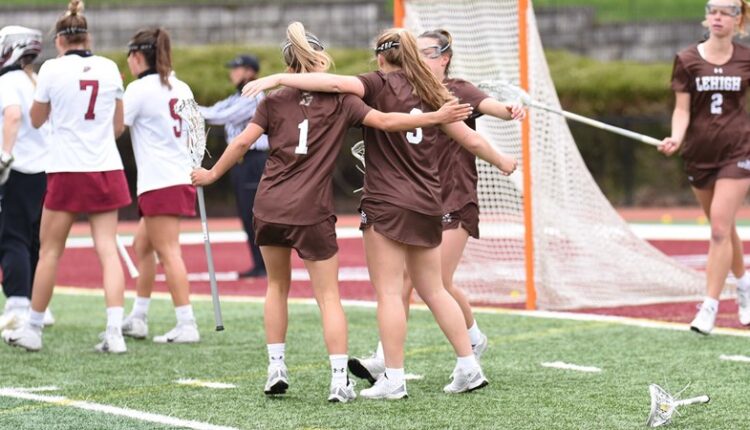 EASTON, PA. – 8-4, the Lehigh women’s lacrosse team scored 10 of the last 11 goals of the game and scored a convincing 18-5 win at Lafayette on Saturday. The win marks the Mountain Hawks’ sixth place in their last seven games as they improve to 6-3 overall and 5-1 in the Patriot League. Seven different Lehigh players scored multiple points, while PhD student Sondra Dickey made six sales, only one of them because she set a program record.

Dickey has made up to 102 career-related sales after Saturday’s efforts, just one from a draw and two from breaking Julianne D’Orazio’s programming record. Dickey is just one of eight active players in the nation with more than 100 generated sales.

Lehigh scored the first seven goals in the second half and extended his run to 8-0, behind six different goalscorers. Dickey von Schneider with 7:02 in the second half gave the Mountain Hawks a 16-4 lead. In the end, Lehigh’s defense put Lafayette on hold for 32:04 until the Leopards scored late in the second half, but goals from Schneider and Junior Nora Giordano rounded off the 18-5 final.

The Mountain Hawks finished 43:18 on shots, 22: 9 on ground balls, and 14:11 on draw controls. Senior Samantha Sagi made five saves for Lehigh against Quinn Lacy of Lafayette, who scored Lehigh’s seventh win over Lafayette on Saturday.

Lehigh was due to host Americans next Saturday, but that game has been postponed (as Navy and Americans have to play to play the South Division games). Visit Lehighsports.com and the Mountain Hawks’ social media accounts for the latest information on the schedule.