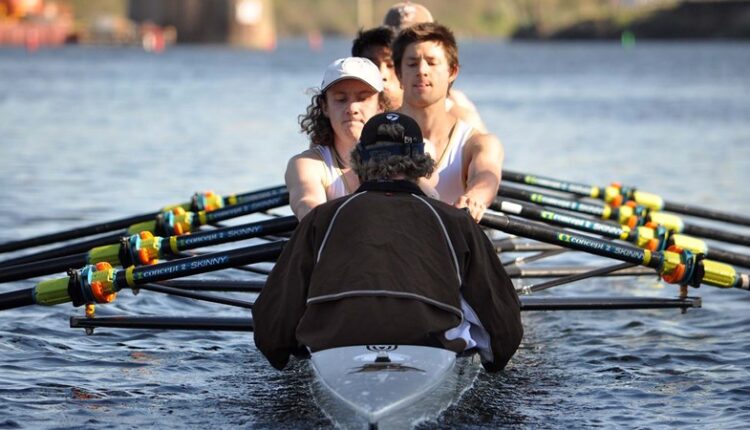 Men’s Rowing Wraps Up Season With Strong Effort at Bucknell

SHAMOKIN DAM, PA. – The Lehigh men’s rowing team ended their season against Bucknell on Saturday. It fell by just under four seconds but showed great strides along the way. Just weeks earlier, the Mountain Hawks and Bison had said goodbye, but this time the progress Lehigh had made that season was evident.

“At the beginning of the season Bucknell showed that they are faster than us,” said Lehigh’s assistant coach Alex Urbanik. “But I think based on today’s performance it has shown that we’ve really developed in the last few weeks and really gained some speed. About halfway through the race our guys had a small lead and got Bucknell to the point, where they had him. ” fight hard to come back and win. “

Saturday marked the end of a short and unusual spring campaign due to the COVID-19 pandemic that the Mountain Hawks should be proud of.

“I spoke to them after the race and complimented them on their decision to participate,” said Urbanik. “It was no small feat and brought a number of challenges and pressures with it. For the most part, they handled the stresses very well. Depending on where they started the season and where they ended, they showed that they did it . ” The ability to come together and build a really close team connection and translate that into quality practices and develop speed. I don’t think I could ask much more of them as a group in terms of their commitment and their ability to deal with everything. “

Urbanik couldn’t be more excited about the future.

“We had two seniors, one junior and the rest in the sophomore year,” he said. “If they continue to have that passion and work ethic, this second class could be a lot faster next year and who knows what they can do as seniors. Ultimately, although it’s disappointing, we weren’t able to compete in a championship regatta.” [this season]At the end of the day, they had to go out and race, develop, and learn. They have shown that they can compete with some of the better teams in the league. I am proud of you and excited to see what you can continue to do. “