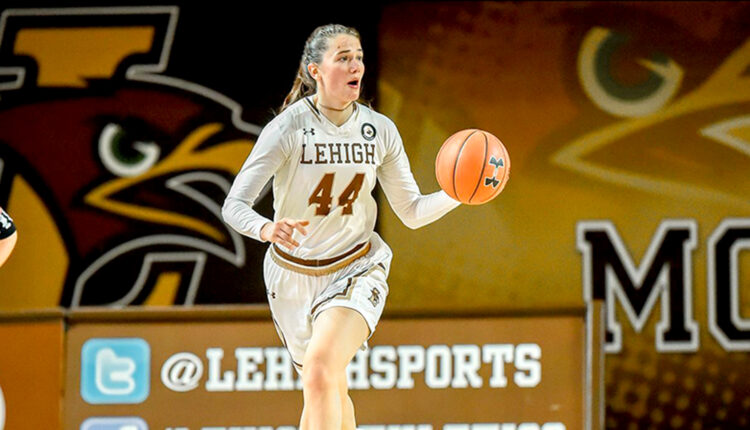 Lehigh Women’s Basketball Angry No. 1 Bucknell 63-54 in the semi-finals of the Patriot League at the Sojka Pavilion to crack her ticket to the Patriot League Championship. The bison sat 9-0 prior to today’s competition and were only one of two teams in NCAA women’s basketball that went undefeated.

Lehigh also had five losses in the season, four of which came to Bucknell.

The Mountain Hawks, who picked up their ticket to the championship for the first time since 2015, will face Boston University in March. 14. The teams have not met this season.

It was a total team effort with four players in the double digits. Senior Guard Mary Clougherty led at 13, Frannie Hottinger sophomore was 12, junior striker Emma Grothaus was 12, and junior guard Clair Steele was 10.

Although Lehigh held the leading majority of the game, things got a little shaky towards the end of the fourth quarter. Bucknell cut the deficit to three on a Taylor O’Brien layup at 5:47 and had the momentum towards their team, but Lehigh played their game and continued to extend their lead.

Two Grothaus free throws put Lehigh in the lead 59:48 in 42 seconds of play, but Abby Kapp scored six points in a row to reduce the gap to six. The Moutain Hawks held their third straight win.

Basketball is a running game, and that’s exactly what the first quarter was.

Steele opened the scoring with a quick three, then Megan Walker converted a layup to take a quick 5-0 lead in the first two minutes of the game. Bucknell responded with a 9-0 run to take a 9-5 lead.

Lehigh made another run and took a 12-9 lead after a three from Clougherty. In the half, the Mountain Hawks led 14-13.

While the first quarter was back and forth, Lehigh’s defense knocked Bucknell off completely in the second quarter and stayed on top for the remainder of the game.

Part of their success in the second quarter was due to freshman guard Mackenzie Kramer scoring eight points.

Lehigh’s defense also played a major role. They kept Bucknell goalless for five minutes. At 3:48 they finally had a shot to reduce their deficit to six.

Unsurprisingly, the Mountain Hawks then ran a 5-0 run and continued to extend their lead thanks to Hottinger, who hit a couple of key shots. A Kramer triple 53 seconds back in the first half gave Lehigh a 34:22 lead 20 minutes before the end of the game. Their 12-point lead was the game’s biggest lead.

However, the bison did not give up yet. They started the second half with a 7-0 run, and Lehigh responded with his own 5-0 run.

A jumper from Autumn Ceppii with 2:41 to go in the third frame reduced the gap to five, but Lehigh’s defense remained level. The Mountain Hawks were leading by 43:36 at the end of the third period.

Lehigh continued to play his game, putting pressure on Tessa Brugler, an All-Patriot League candidate for the first team to take over a game. Grothaus played an impeccable defense and only kept it to 14 points.

Go: The Campaign for Lehigh: Forging Ahead – Lehigh University News