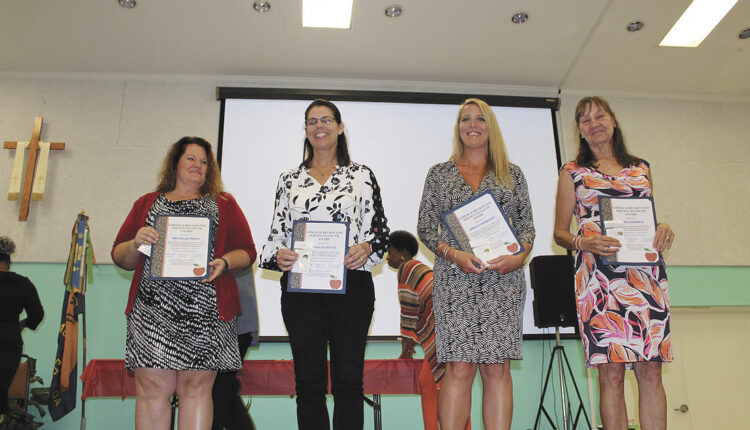 The Service to Youth Awards were presented to Kim Conrad, Bree Hamsher, Carolyn Hutto, Michelle Smith, and Winstana Watson, who serve as teachers, school councilors and advisors to the Kiwanis Service Leadership Programs in their schools. Dr. Greg Stancel received a special retirement award when he retired from the school system and his advisory role at Riverdale High School.

Reverend John Bashieri of the New Life Assembly of God provided the invocation and the blessing.