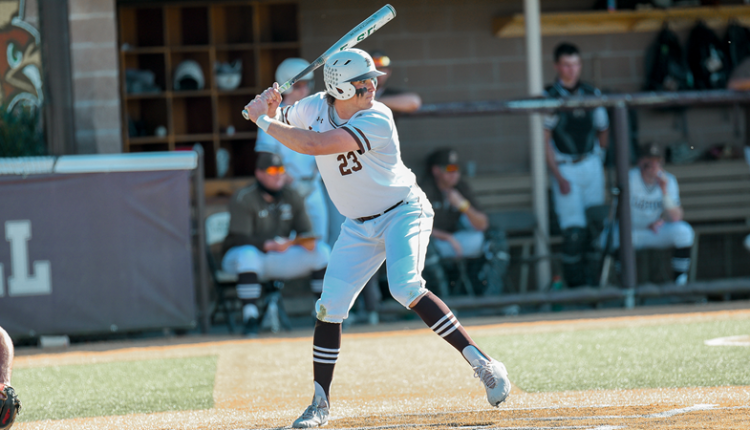 BETHLEHEM, PA. The Lehigh baseball team faced Bucknell at J. David Walker Field in Legacy Park on Monday afternoon at the short end of an 8-2 final. In only their second loss of the year to Bucknell, the Mountain Hawks’ winning streak was broken in four games this season and fell to 12-8 with a 9-3 record in the Patriot League.

In the middle of the order, juniors Casey Rother and Joe Gorla recorded two hits each to end impressive weeks with both hitting over 500 in four games.

Bucknell scored the first five runs of the game on Monday, starting with an RBI after a double play in the third inning, to take a 1-0 lead.

The bison added four runs in the top of the fourth inning after three walks and two balls passed to take a 5-0 lead over the Mountain Hawks.

Lehigh got a couple of runs back into the bottom of the inning, starting with a Quinn McKenna RBI single-to-right midfield, Gorla scoring, and then a Cam Hubbard RBI single-to-center field to a 5-2 bucknell -Achieve advantage.

The bison made two more runs in the upper part of the fifth after Brendan colored Lowery with an away game and scored a run on the victim, taking Bucknell’s lead to 6-2. Jacob Terwilliger tripled on the next blow to the left midfield and scored Logan Kellerman 7-2.

Bucknell’s last run of the game took place in the eighth inning on a no-out ground with the bases loaded, resulting in a run.

Lehigh had seven hits as a team, led by Rother and Gorla, when three other players (Riley Davis, Hubbard, McKenna) each ended with one.

Freshman Lucas Rich was charged with the loss on his first career start. He went 3.1 innings without admitting a hit, but went five batters with a deserved run and two strikeouts. Freshman Tyler Thompson appeared in relief for the first time in his career, scoring 1.2 scoreless innings with a strikeout.

The Mountain Hawks will continue to play in the Patriot League against Lafayette at J. David Walker Field on Wednesday at 3pm. The game will be broadcast live on ESPN +.