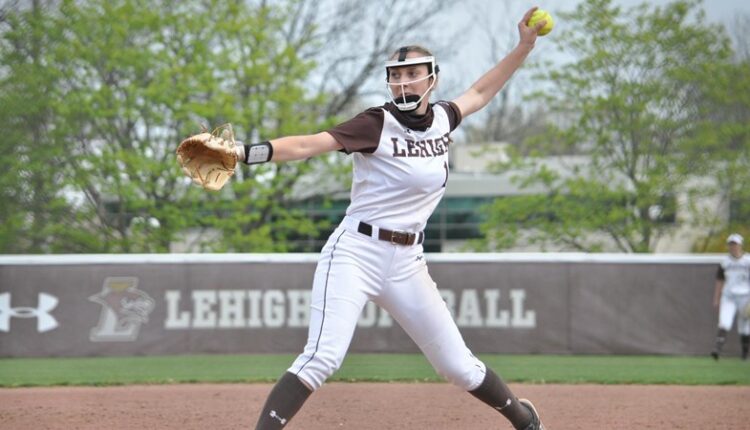 BETHLEHEM, PA. – Lehigh newcomer Katelyn Young has been named Patriot League Rookie of the Week, the league announced on Tuesday. Young threw her first full career shutout in Bucknell on Sunday, securing a double-header sweep and an important 3-1 win in the Patriot League series for the Mountain Hawks.

For the entire weekend, Young allowed four earned runs with 12 hits over 14.1 innings with 11 strikeouts and six walks.

The product from Saegertown, Pennsylvania won Lehigh’s third Rookie of the Week Award this season. Brooke Cannon was recognized on March 2nd and April 6th.

Also on Tuesday, Nori and Senior Payton Alsobrooks received an Honorable Mention for their performance on the Bucknell Series. Nori went 2-0 with 0.44 over 15.2 innings, which included three games against the Bison, underlined by a 5-hit shutout in Lehigh in Sunday’s first game, a 2-0 Lehigh win has been. Alsobrooks went 6 on 11 last weekend with two doubles, two triples, three runs and two RBIs. She ended the series with a 4 on 4 win in the final on Sunday.

There are also some changes to Lehigh’s upcoming schedule for this weekend. Lehigh’s games against Lafayette on Thursday and Princeton on Saturday have been canceled. Instead, the Mountain Hawks (10-14, 8-8 Patriot League) will host Holy Cross on Sunday in a Patriot League double header in the Leadership Park. The first game is scheduled to start at 1 p.m.

Mule’ Named to USILA National Team of the Week