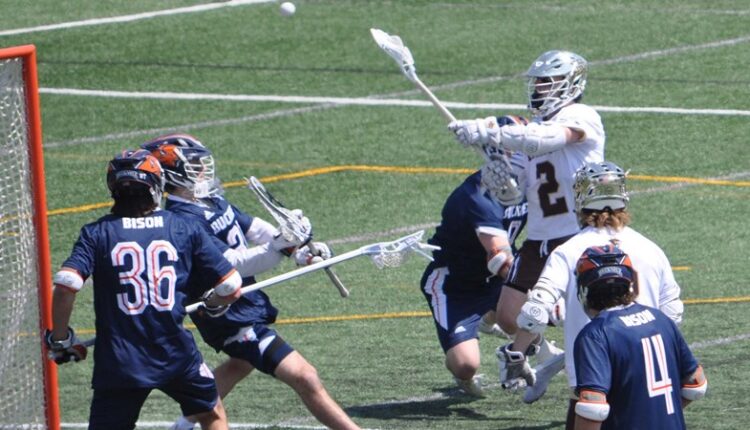 Mule’ Named to USILA National Team of the Week

BETHLEHEM, PA. – For the fourth time this season, a Lehigh men’s lacrosse player has been named to the USILA National Team of the Week. This Tuesday it was Christian Mule’s second year who received the honor after scoring seven goals and ten points in Saturday’s 18:12 win over Bucknell.

Mule ‘was named Patriot League Attacking Player of the Week on Monday. At the start of the weekend, only 10 players in the nation had scored double-digit points in a game that season. Mule ‘was just one goal and two points from setting program records. His 10 points were the most from a Lehigh player since Dan Taylor had 10 points with Furman on February 14, 2015. Mule ‘had seven points in the first half (four goals, three assists) and was involved in 70 percent of the Mountain Hawks’ first-half goals. Included was a highlight reel backhand scoop target that went viral on national lacrosse media. Mule ‘also scored a big goal 1.6 seconds ahead in the first half to put the Mountain Hawks 10-7 ahead at half time. For the season, Mule ‘has 27 goals and 13 assists. He has had at least four points in each of his last five games.

Up to fifth place in two national polls, the Mountain Hawks will return to action on Saturday when they travel to Villanova No. 16 to face the wildcats. The game time is set to 12 o’clock

1️⃣0️⃣ points for Christian Mule ‘Saturday were the most of a Mountain Hawk since 2015 and earned him the @PatriotLeague Offensive Player of the Week ? pic.twitter.com/YSbpsWqeY2

Lehigh vs. American Rescheduled for this Wednesday at 4 p.m.