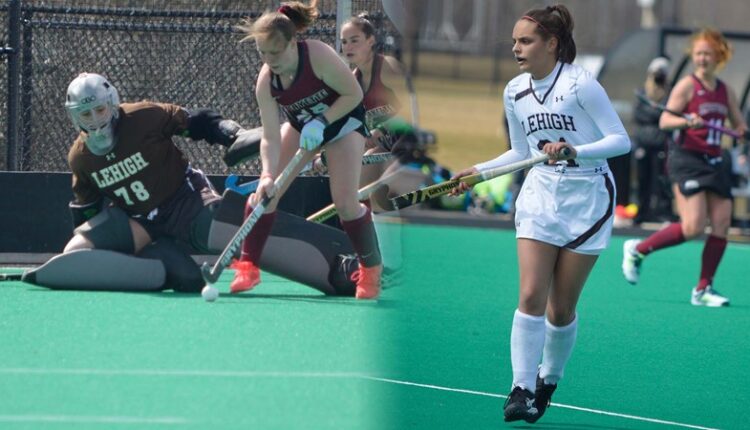 BETHLEHEM, PA. – After his first win at Lafayette since 2005, two Lehigh field hockey student athletes won the weekly Patriot League awards on Monday when the second Maddie Kahn was named goalkeeper of the week, while Julia Gatelein won first year rookie of the week .

The award is Kahn’s fourth weekly award in the Patriot League and the third goalkeeper award of the week. On Sunday, Kahn officially made two saves, but also made a number of other big games not listed in the statistics to help Lehigh claim a 1-0 win – the program’s first win at Lafayette since 2005 (a loss of seven Play) stripes). For perspective, Lafayette was only suspended three times in 20 games last season. Kahn’s parades came at favorable times in the second and fourth quarters. Lafayette had three corners and two shots in the final seven minutes of play, but Kahn and the Lehigh defense stood tall.

While Kahn helped anchor the defense, Gatelein provided the offensive. In her first college game, she scored the only goal of the game at 40:51. It came from a corner of the penalty area when Lenke Havas fired the ball towards the cage, was blocked by a defender and went to Gatelein. She then beat Lafayette goalkeeper Hailey Abbott.

The Mountain Hawks will be back in action on Sunday March 21st when they line up Bucknell at 1 p.m. on ESPN +.