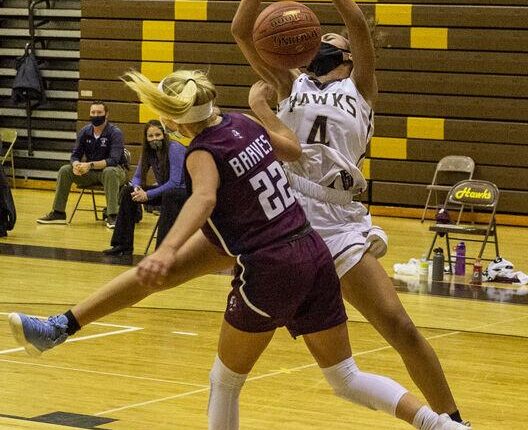 ELYSBURG – Bryce Carl could have ended his wrestling career with a disappointing loss that prevented him from making his first trip to the state tournament. He could have continued to think about how his 33-0 season ended with two losses in the District 4 Class 2A tournament.

However, three weeks after that heartbreaking setback, the Line Mountain Senior was back on the mat with another chance of victory. He took advantage of the advantage with a 3-2 win over Brandon Gedman, senior of Southern Columbia, on Wednesday night.

Carl’s win at 152 pounds was the Eagles’ only win as the Tigers rolled to a 62-3 win to win their fifth straight championship with the county team.

Gedman returned Carl 2-0 in the second half, but Carl responded with a reversal of his own. Gedman cut Carl loose to start the third, and the vanishing point stood for victory.

“I thought about (the county losses) for about a week, but after that it wasn’t hard because I realized I had to get over it and move on,” said Carl. “I thought I might as well end the season with a win and give it my all for another game.

“My last game (a 5-6 loss to Wyalusing Valley’s Nicholas Woodruff) didn’t end the way I wanted and I wanted to end with a win.”

Eleven days after one of the worst losses of his career, Ian Yoder used the motivation he had gained from that defeat to help southern Colombia advance to the quarter-finals.

The match took place between the only teams that chose to fight for the District 4 team title. Both South Williamsport and Montoursville have signed out.

Southern (14-0) welcomes Notre Dame-Green Pond with a berth in the last four at Cumberland Valley High School on Wednesday. The Eagles finished their season 25-5.

Yoder, the 138-pounder of the Tigers, lost on March 6 in the blood round of the East Regional in Pottsville 5-4 to senior Logan Bartlett from Lewisburg.

“I was completely devastated,” said Yoder. “It’s my senior year and my goal was to get on the (state) podium, but you can’t hang your head. We still had the district (team tournament) ahead of us, and that just gave me more motivation to try harder.

Yoder added that failing to achieve his goal “made me dig deeper and work harder in the practice room to get better.”

The Tigers were leading 35-0 when Yoder took on the mat against Eagles junior Mason Leshock, and Yoder provided a 4-0 win.

“I wrestled it a few years ago. It was a good game and he’s a good wrestler, ”said Yoder. He noted that Leshock was at 132 that season. As he rose to 138 for that dual, “I thought that because he wasn’t going to save a lot of weight, I thought he was probably going to feel better, but I just went out there and tried to wrestle for my match. “

Yoder said getting the takedown early in the first was key, and then he only dominated at the top for the last two periods.

Southern interim coach Bo Spiller, who stood in for head coach Kent Lane, said: “Ian is always positive and when he failed to reach his goal, the next day he was in the room working his butt off.”

Spiller added, “We had a game plan for Leshock, one of their better kids, and Ian did a great job.”

Lane was absent because he is in St. Louis to watch his son, former Tigers State Champion Jaret, wrestle at the NCAA championships for Lehigh University.

The Eagles could have quit, so Southern could go on without a match. But Line Mountain trainer Chuck Johnson had three reasons his team wouldn’t.

“In October and November we fought for a season and to play as many games as possible, so we wanted to go on and wrestle for as long as possible,” he said.

“We’ve seen many teams step down for whatever reason, and we didn’t feel right when we passed the district title to another team. We wanted to convey to our boys that we wanted to go to war and fight and to give our seniors another chance to wrestle, ”added Johnson.

He said they knew they couldn’t beat Southern, but “We want Southern States to win, so we wanted to give their boys – especially those who didn’t wrestle in the postseason – a chance to get better and get ready to make for Notre Dame-Green Pond. “

The match started at 215 pounds, where fourth-placed PIAA medalist Wes Barnes had his hands full with Senior Jacob Feese of the Eagles and won 3-2. Barnes was sent off in the first period and led 3-2 in the third round. He received a late warning.

Johnson said: “Feese had Barnes on the ropes and was just a phone call away from tying the game.”

Spiller said his team stood ready to compete in the state tournament and the boys are looking forward to the chance to beat Notre Dame-Green Pond in 1st place.

For Yoder, it will be another chance to get a state gold.