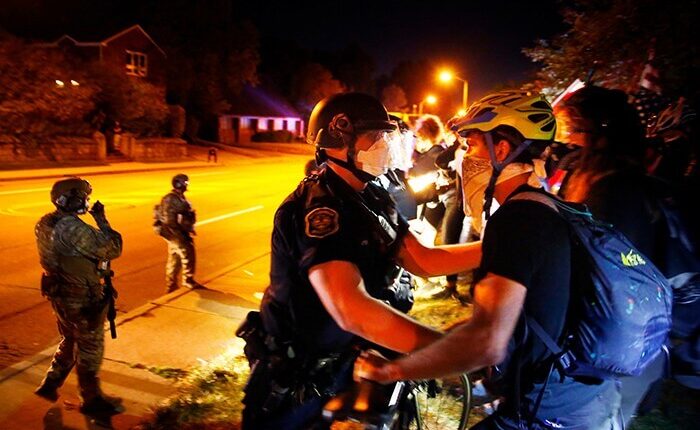 PITTSBURGH — The Coalition to Reimagine Public Safety gathered at the steps of the Pittsburgh City County building on June 19 to discuss its goals towards decreasing the Pittsburgh Police budget, and instead funneling those funds to invest in resources for numerous efforts to combat problems stemming from violence, homelessness, drug use, and mental health.

The goal of these policy changes, the coalition said, is to make Pittsburgh more safe and livable for minority communities.

Pittsburgh Mayor Bill Peduto took office in 2014, and the Pittsburgh Police budget during that year was $74 million.

Since then, the Pittsburgh Police budget has increased almost 60 percent to a budget of $115 million according to a recent report conducted by the Abolitionist Law Center. This number equates to one-fifth of the city’s annual budget. The Coalition to Reimagine Public Safety conveyed at a press conference the desire to decrease the police budget, at minimum, by $40 million to put into other community investments.

Jasiri X, founder of 1Hood Media, discussed the structural and systematic violence that minority communities face, and that violent crimes are often a result of these issues. Without available resources to these communities, the issue cannot be resolved, Jasiri X explained.

The Coalition to Reimagine Public Safety is a group led by the Alliance for Police Accountability, an organization dedicated to criminal justice reconstruction with a specialization in community and police relations, and 1Hood Media, a collective of artists and activists who use their work to raise awareness of social justice.

The coalition cited a 2020 report by the Abolitionist Law Center that found in 2019 large discrepancies in how Black and white people were treated when confronted by police in Pittsburgh.

However, Peduto has pushed back against efforts to significantly lower the police budget, saying that as the police budget has increased, overall crime has decreased. He has advocated for a community policing model, but is against budget reductions.

State Rep. Ed Gainey, D-Allegheny, who defeated Peduto in the Democratic primary and is likely to become mayor, criticized the Peduto administration over certain policies like use of less-lethal weapons, but doesn’t supported cuts to police funding, and says he would funnel funds from militarized police equipment to community policing programs.

But with the fatal results of police encounters such as the deaths of Antown Rose II and Bruce Kelly Jr., The Coalition to Reimagine Public Safety says there are necessary and immediate alternatives to policing.

The Coalition to Reimagine Public Safety will continue a series of working sessions, town hall meetings and input opportunities for their plan to build “safe, healthy, and thriving neighborhoods” in the Pittsburgh area. The coalition says the priority is to vanish the use of police force, over-criminalization, and over-incarceration.

Lauryn Nania is a reporter for Pittsburgh City Paper, where this story first appeared.