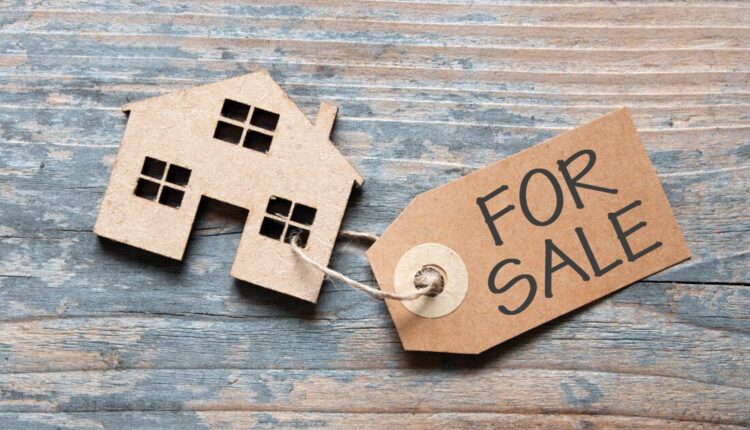 When Arlene Tilt received a phone call from her sister asking if she was selling her waterfront lot in Cape Coral, to say she was confused would be an understatement.

The property along Southwest 3rd Avenue was passed down to Tilt from her parents who purchased the plot decades ago. Her sister lives in the house next door, the same house their parents lived in since the ’60s.

On Sept. 9, Tilt’s sister saw a truck pull up to her sister’s property and put up a “for sale” post with a local realtor to contact if interested. Right away Tilt’s sister gave her a ring. That’s when she and her husband found out the property had been listed for sale.

Someone posing as Tilt’s husband contacted a local agent and put the vacant lot on the market with an asking price of $650,000.

“I called the number and asked why they had put a sign up on my property,” Tilt said. “They said it was because my husband signed a listing agreement. I said, ‘No, he didn’t.’”

“We talked a bit more and they told me (the person posing as her husband) had been calling frequently to see how progress was going.”

Tilt then found out the property had been listed 17 days before on Aug. 23, and had gone into Multiple Listing Service. The lot was listed on multiple websites, as it was picked up by many agencies.

“I would never have known it until the sign went up,” Tilt said. “We were shocked.”

Tilt, who lives in Massachusetts with her husband, said the contact number for the apparent scammer came from a 617 area code, the same as theirs in the Boston area.

She said the Realtor told her all contact with the imposter came over the phone.

Tilt reached out to the Cape Coral Police Department, which confirmed to The Breeze they are investigating. The listing has been taken down off the plethora of sites to which it had been posted. Tilt is very thankful this was caught by her sister who luckily lives next door, and said the out-of-range asking price for the property may have played a role in why it had not sold.

“My goal here is to do whatever I can to protect property owners and potential buyers from getting into a fraudulent arrangement,” she said.

Tilt suspects her husband’s name was taken from public records, and is frustrated there is an open door for these criminal activities.

She said she is surprised it got so far as a listing contract and wants everyone to be aware that a would-be seller might not be the owner.

“I think if I were listing or buying my property, I’d want to make sure the agent knew who I was,” Tilt said. “Say if a buyer came to buy my property and I hadn’t had it pulled off the market and it went through; I think a listing agent needs to do a lot of due diligence.”

“It’s happening all the time. I’ve experienced it myself quite a bit,” she said. “I see it once a month at least where a person tells us they want to sell their land and they don’t own it.”

Tate said she has point of contact at CCPD that deals with fraud cases, and that people sit on the internet and scour for land for which they could potentially pose as the owner.

“The Cape is a hub for vacant land, and it’s so easy to send an email,” Tate said. “Realtors don’t realize that someone who signs a listing agreement — you don’t know if they own that property.”

She said Realtors can ask these individuals for documentation, which they can manipulate, and that she’s even seen people create fake passports to come across as someone they’re not.

“There’s just so many ways that you can attempt land fraud these days,” Tate said.

Tate said industry leaders have been aware of the issue and working to mitigate land fraud attempts.

“We’re working with the state legislature to try and craft some rules and laws that will help protect us,” Tate said. “Realtors need to make sure that they make contact with the real seller. And the real seller has to show a warranty deed and some kind of identification to verify they are who they are and they have the opportunity to sell it. Especially in some of these cases where there are estates, and we don’t even know who the real owner is. Those are prime targets for scammers.

“It’s going to take everybody working together to figure out how we handle land fraud. It’s been going on a lot of years, it’s just becoming more frequent because of the internet.”

What you can do to help protect yourself

Karnes said it can be far too easy for individuals to list property that doesn’t belong to them for sale. He said sometimes it’s up to Realtors having “Spidey Senses” and just knowing something doesn’t feel right to catch these criminals.

“People don’t realize how shockingly easy it is for fraud to happen when it comes to your own property,” Karnes said. “We are kind of are conditioned as the government engine to not check if we’re the legal owners of our own property. You pay your mortgage, you have the deed, and it kind of is settled. You don’t think to check often. You only get your first signs that something might be up when you don’t get your property bill or TRIM notice form the tax collector or property appraiser. That’s typically how it starts.”

Karnes said it’s hard to tell exactly how often property fraud is occurring in the county, as there’s not yet a great way to measure it. He said most often times, an individual is impersonating the homeowner, and when law enforcement goes to investigate, they are in the wind. It’s usually the mistakes of the criminal that lead to arrests.

“It shouldn’t be this easy,” Karnes said. “We have to implement barriers that make this harder for criminals.”

Karnes has been working on organizing a property fraud task force made up of industry leaders and experts to talk about what options they have, come up with the best way to move forward, and present it to the legislature. Karnes said there needs to be a balance of being able to track down fraud and not creating an administrative burden for offices.

He said that current state statutes don’t allow the Clerk’s Office to reject a document, even if they know it’s fraudulent.

Most of the transactions come in through what’s called a “Quit Claim Deed” — a simple document with very little information needed. It doesn’t even have to include a description of the property.

“I can reject it on one of those conditions is missing, but if the signature was fraudulent, or if the notary stamp was fraudulent, I technically don’t have any legal authority to reject that document,” he said. “Once the document is in the system, that is the change of property right there. It’s very few and far between that I can reject. I can look at a document and know that it’s fraudulent, and I would be on shaky ground to reject it or not. There’s not a statute that says the Clerk ‘shall’ reject if it is fraudulent.

“Now, I think that’s proper because I’m a record-keeper as an office. We’re not there to say what is right and wrong. One of my most attractive ideas on trying to curb this is when filing Quit Claim Deeds into the official record that you also file a copy of identification for grantor and grantee. So if and when fraud is alleged, I can then provide those records to law enforcement for their investigation.”

Karnes said his office does not have the ability to verify signatures. One of the precautions he wants to take to the legislature is that if the supervisor of elections can check signatures for voting, why can’t the clerk’s office do the same. Keep in mind any changes made to the office would be state-wide, so the task force is keeping in mind what can work for all counties throughout Florida.

“I have to balance what this is going to do to Clerks state-wide with the community problem we have now,” Karnes said.

Karnes said many of these fraudulent land issues are stemming from overseas. He sees property in the county, with the owners in France and documents notarized in South Africa.

“Real estate professionals are seeing it out there,” Karnes said. “They can see something isn’t right. The Clerk may or may not be in a position to do that. I’m just a record keeper. I don’t want to really say what is or is not fraud, I just don’t want to make it easy on the criminals. No one thought it was going to be this easy to steal property.”

Moving forward, Karnes hopes that the task force he creates can work with Florida lawmakers, who says he need to be involved and hear the concerns from communities dealing with the issue.

He added that local realtors are aware of the prevalent nature of these crimes, and many have taken extra precautions to ensure sellers are who they say they are before moving forward.

“It’s real estate professionals paying attention to those details and feeling comfortable saying something doesn’t feel right,” Karnes said. “Law enforcement is only getting involved after the fact, and it’s tough to get your property back when that happens.”

For homeowners, Karnes’ office has a free service called “Property Fraud Alert,” a registration alert system that alerts if a document has been filed.

“It notifies you if you have an issue within 24 hours of a document being filed,” Karnes said.

Karnes added homeowners can go onto public sites such as Zillow and claim their own property.

Mountain Hawks Back Home For Weekend Games Versus Merrimack, LIU