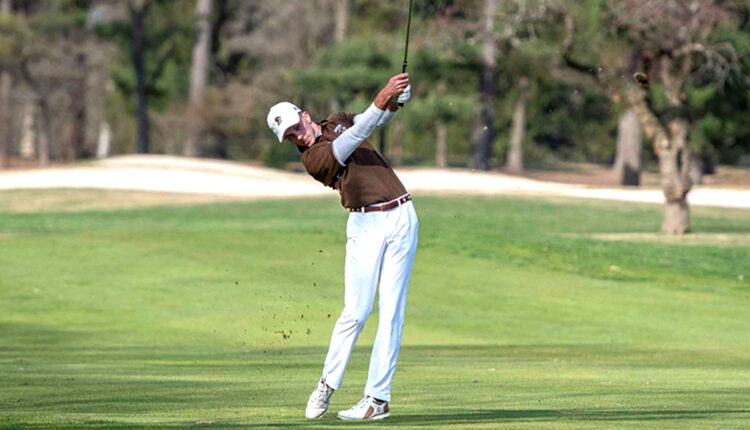 Given the unprecedented circumstances of multiple sporting failures this fall, the Lehigh men’s and women’s golf teams took advantage of their extra free time.

It is traditional for Lehigh’s golf programs to take part in tournaments in the fall and spring. However, due to the Patriot League’s postponement of the fall season, this was not possible. When it became known in the summer that there would be no competition season in the fall, some student athletes from both teams decided not to return to campus at all.

The women’s team had three team members return for the fall. Mary Kate Lynch, the head coach for women’s golf, said the campus closure had benefited those who stayed home as they could practice more than those who came back.

“It was actually the right decision for these girls – I mean, of course, it was the right decision no matter what – but they actually had to train more at home due to the restrictions Lehigh placed on us in athletics.” Lynch said. “So they could actually practice every day that we only had three weeks or so.”

While the team was essentially split in half with three players at school and four at home in the fall, Lynch said the team was able to stay close, mostly through Zoom calls. She said there was a full team meeting every week and the coaching staff held individual meetings with each team member every week.

Lynch said although it was unusual not to have the majority of her team at school during the season, it worked because she was able to get closer to the smaller group in Bethlehem.

“It was definitely different just having three girls on the team, but it was good because I was able to develop really personal relationships with those three, especially one newbie,” said Lynch. “It was nice to get to know her and her game.”

In addition to the weekly synchronous team meetings, the team organized the activities so that even if they were conducted in isolation, there was still a sense of “togetherness”.

“We all had a consistent way of practicing,” said Ding. “We did the same drills, played the same number of holes every week, and recorded all of them (the results) in Google Sheets. It was a great way to stay connected and feel like we were training as a team.”

Ding is the only senior on the women’s team this year. While there was no competitive season, strong leadership was required as half of the group worked remotely.

Ding knew challenges would arise when the team was this far away, but she credits the sophomores with her assistance in managing it all.

“Personally, I had a lot to do with a part-time job and classes last year – it was a lot for me,” said Ding. “But I didn’t even have to ask the sophomores for help, they stepped forward willingly, and I’m very grateful and grateful for all of their help.”

Fifth year Owen Quinn thought he would end his Lehigh golf career this past spring until he was granted an additional year of eligibility by the NCAA after the season was canceled. He said the men’s team had six of nine players in Bethlehem and a seventh who commuted from his home north of Philadelphia on practice days.

However, if the The university closed on September 29th. Quinn said all but three athletes on the team returned home immediately in the first year, and by the end of the semester the remaining three players had taken off and returned home.

As a resident of Holden, Massachusetts, Quinn said it would be an easy decision to go home at the time of closure as he could continue practicing at his local course, which he played for most of the summer.

“When that happened, there was really no need for me to be in school,” Quinn said. “I was much luckier than many other sports because we could still play a lot of golf the whole time. There was a month earlier when COVID first broke out where courses closed here in Massachusetts but then they all reopened. So for me it was a breeze to go home. “