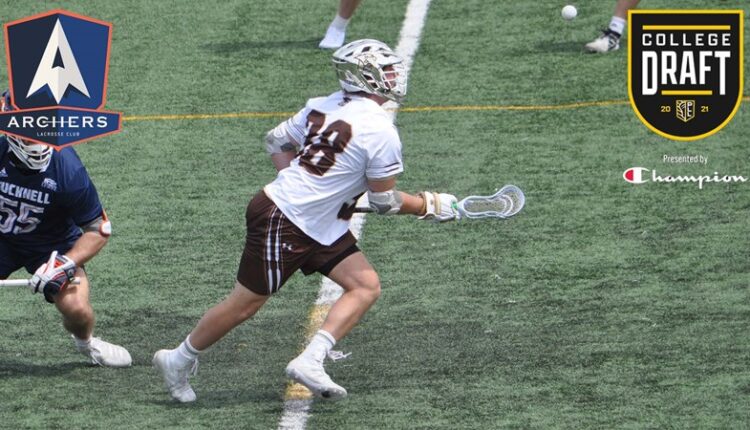 Gaffney has won 684 of 1074 games with 399 groundballs in his career. Groundball total is the highest in Patriot League history as he scores 25 faceoff wins after breaking Loyola’s Bailey Savio’s career record. Gaffney already holds the league’s record for faceoff wins (249) and groundballs (152) in a season, both of which were set in 2019.

Gaffney is a two-time Patriot League Scholar of the Year and a two-time Senior CLASS Award nominee. He is a three-time academic All-American who was named to the second team in 2020. Gaffney’s bachelor’s degrees were mechanical engineering and finance while he is currently working towards his master’s degree in management science and engineering.

Gaffney will join the Premier Lacrosse League, which will feature Lehigh alumni and associations. Most recently, last summer, Craig Chick ’19 impressed his rookie season in the PLL after being selected in the 2020 Entry Draft (after a season in Major League Lacrosse). Current Mountain Hawks assistant coach John Crawley is also a veteran in the league.

Lehigh vs. American Rescheduled for this Wednesday at 4 p.m.