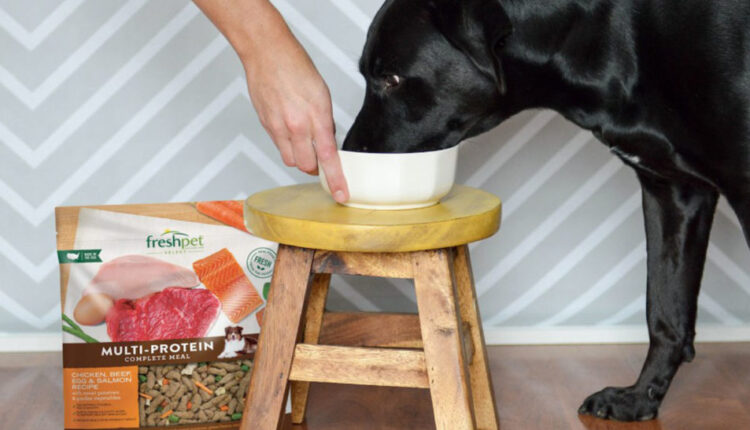 “We remain confident that the growth opportunity for Freshpet is enormous and with that comes necessary investments in organizational capabilities in order to fulfill our potential,” said Charles Norris, chairman of the board at Freshpet. “Each of these changes is designed to focus more resources on the specific areas where we believe the company has the greatest opportunity to enhance its effectiveness, increase its reliability and consistency of performance, and deliver the Freshpet experience and service that consumers and retail partners expect .”

“We are very grateful to Heather for her efforts in guiding Freshpet through the pandemic,” said Billy Cyr, chief executive officer of Freshpet. “During her tenure, we strengthened the company’s balance sheet, providing us the necessary capital to meet our long-term goals — including funding a capacity expansion plan that we expect to provide the foundation from which we can drive future growth. We believe we are well positioned to capture the substantial opportunity that lies ahead and wish Heather well in her next endeavor.”

Steve Weise, executive vice president of manufacturing, announced his retirement from Freshpet, but will remain with the company through 2023 as a consultant to support planned improvements in Freshpet’s quality assurance programs and aid in the company’s manufacturing and supply chain operations.

Jay Dahlgren has joined the company as a consultant, focusing on manufacturing and supply chain risk mitigation. Prior to Freshpet, Dahlgren served as vice president of operations at The JM Smucker Company and also held roles at Nestle Purina and Big Heart.

“The promotion of Ricardo, along with gaining additional technical expertise across our manufacturing and supply chain, are critical elements for the successful launch of our new Ennis, Texas, facility and the anticipated future long-term growth that it will support,” Cyr said .

“Since Ricardo joined Freshpet almost two years ago, he has demonstrated the leadership and technical skills necessary to drive tangible improvements to our rapidly expanding operations, resulting in consistent advancements in throughput and productivity — both of which underpinned our successful refilling of the supply chain over the past several quarters,” Cyr added.

The company also detailed that it has expanded Senior Vice President of Engineering Michael Hieger’s role to include capital expansion projects and engineering resources. He will report to Moreno. During his more than 15 years with Freshpet, Hieger has led the development and construction of Freshpet’s Kitchens 1.0 and 2.0 in Bethlehem, Penn., and the start-up of its Kitchens South facility.

Alongside these personnel changes, Freshpet reiterated its full year 2022 guidance, detailed in the company’s latest financial report. For 2022, the company estimates net sales of at least $575 million, a 35% increase from 2021.

The company also projected adjusted EBITDA for 2022 of at least $48 million, a 12% increase from 2021, with adjusted EBITDA expected to skew in the fourth fourth of 2022 due to increases in product pricing and lower marketing investments. Freshpet also updated its capital expenditures to about $320 million.

“The rapid growth of our business, coupled with a fluid operating environment, has created a unique set of opportunities and challenges over the past two years,” Cyr said. “We remain committed to meeting our objectives and are making some targeted investments to reduce volatility and establish an even greater set of capabilities to ensure that we deliver the profitable growth that we believe is inherent in this business.”

Read more about personnel changes throughout the industry.