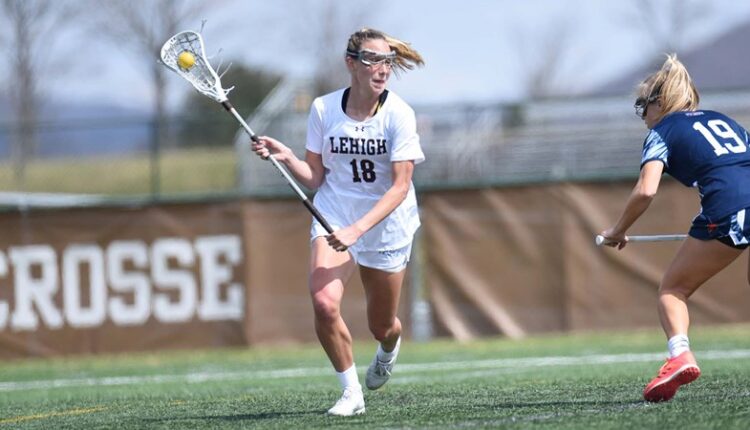 BETHLEHEM, PA. – For the fourth time this season, Lacrosse graduate Sondra Dickey from Lehigh has won a weekly Patriot League award and has won Defensive Player of the Week announced on Monday for the first time in her career. The two-way midfielder was outstanding on Saturday against Bucknell on the defensive side of the field and achieved three playful turnovers in the 20: 7 win.

Dickey added two ground balls and five draw controls. She was part of a defensive unit that brought the bison to only one goal in the first 20:36 of the game and no goal in the final at 19:28. Dickey also scored two goals himself. She is a team and Patriot League leader in numerous categories for the season, with 19 goals, two assists, 17 groundballs, 13 generated sales and 25 draw controls.

This is Dickey’s weekly award for the Patriot League in his 12th career.

Also on Monday among the honorable mentions of the league were the senior Cecily Redfern and the second Emma Eberhardt. On Saturday Eberhardt scored six career-high goals and three assists for a career high of nine points. Redfern achieved a career high for points (5) and assists (2) as well as two goals, seven draw controls, three ground balls and a generated turnover.

The Mountain Hawks return to action on Saturday when they travel to Loyola to take on the Loyola Greyhounds in 13th place.

Look back on yesterday’s big win against Bucknell with just a few of the many highlights ? pic.twitter.com/w7tPfKGOwG

Washington University in St. Louis was ranked 16th on the US News | Top Universities List Missouri