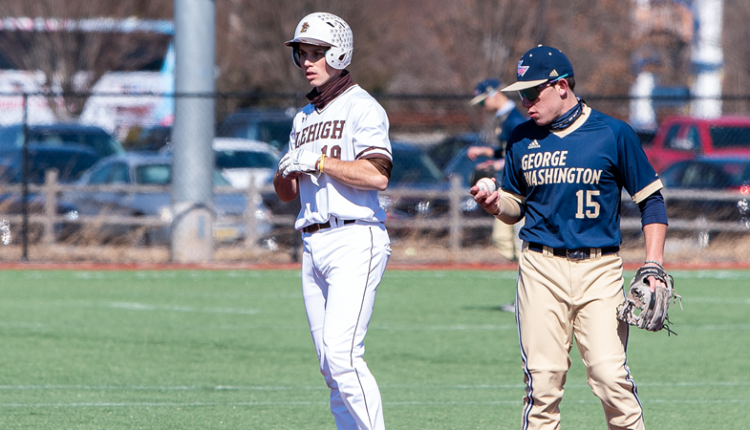 BETHLEHEM, PA. – For the second year running, Lehigh baseball senior outfielder Eric Cichocki was named Patriot League Player of the Week, announced by the League Office on Tuesday afternoon. The honor marks Cichocki’s second career and becomes the first Mountain Hawk to be named Player of the Week for two consecutive weeks since Liam O’Connor in 2007.

Cichocki excelled in Lehigh’s four-game series against George Washington over the weekend, playing two games in Washington, DC on Saturday and two in Diamond Nation in Flemington, NJ on Sunday

He had the weekend at a high level by going 2v3 with two walks and two runs scored in the first game of the series. On Sunday in Game 1, Cichocki went 2: 3 with two doubles and 3: 5 in Game 2 with one double, one sacrifice and one run.

Cichocki beat 500 (7 against 14) combined between all four competitions with three doubles and three runs scored. It hit .714 and reached the base on a .563 clip.

In addition to Cichocki’s award, the newly minted right-handed Lucas Rich received an Honorable Mention from the league for his service against the colonial rulers on Sunday. He threw four innings and allowed two runs, none of which were earned with five strikeouts.

As of now, the Mountain Hawks’ next scheduled games against Navy are planned for March 20 and 21. The actual double header for the home opening at J. David Walker Field will take place on the 20th at 12 noon. These games will be broadcast live on ESPN +.

How to guide your employees, your customers and yourself through adversity