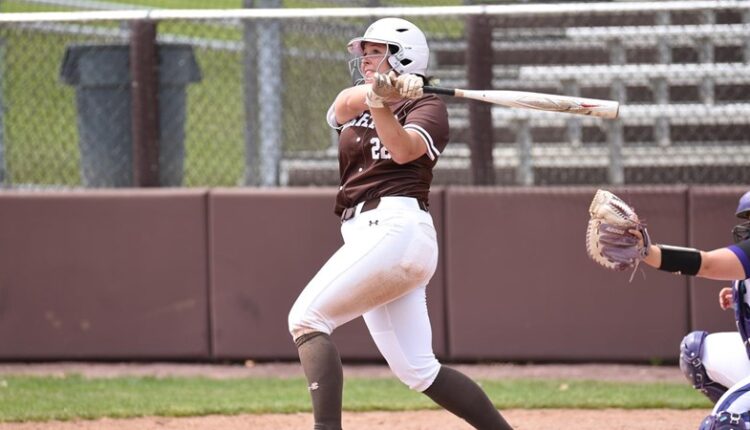 After a 2-1 deficit, Lehigh scored three runs in the third, two in the fifth and one in the seventh to support junior Gabriella Nori in a 7-2 triumph. Freshman Katelyn Young then fired her second shutout with three hits in a row as Lehigh scored five runs over the last two innings and won 5-0.

Nori and Young together allowed only two unmatched runs with five hits over 14 innings on Sunday with one walk and 17 strikeouts. The duo have not allowed a deserved run in the last 28 innings.

Lehigh was the visiting team for both games on Sunday on his home field. Chesson put the Mountain Hawks 1-0 in the first inning of the first game when they brought home Carley Barjaktarovich, who took the lead with a badass single and stole the second.

Holy Cross took advantage of two early Lehigh errors in the lower part of the frame, scoring two runs with a squeeze Bunt and a Bella Jankowski RBI single to score after a 2-1 lead. These runs would be the only runs the Crusaders achieved that day.

Sophomore Emily Cimino made a one-off run in the third and Chesson even pulled the Mountain Hawks to the right in the 2-2 with an RBI double. Two batters later, Junior Karsen O’Rourke beat Chesson to give Lehigh a 3-2 lead, and freshman Amanda Greaney added an RBI single to give Lehigh a 4-2 advantage after two and a half innings.

Lehigh’s lead rose to 6-2 in fifth place when Chesson led right into center with a home run, her fifth of the year, and freshman Brooke Cannon followed left with her first career home run.

Nori improved to 6-5 that season, allowing two inexperienced runs with two hits over seven innings. She hit 11 and went no punch.

Chesson went 3v4 to lead the offensive, which scored 12 hits. Barjaktarovich, Greaney and Junior Addie Kittel all had two hits in the opener.

Game two was a pitcher duel between Young and Holy Cross’ Megan Yurchick. The game was goalless through five innings, with Holy Cross defeating Lehigh 3-1. Young faced just one stroke above minimum through five innings after starting a pair of 1-6-3 doubles in the first two innings and having Greaney kicked out a stealer in the fourth.

Sophomore Josie Charles and Barjaktarovich opened the sixth with consecutive singles. Cimino sacrificed the bishops in goal position before Chesson laced a double to the left and brought home the first two runs of the second game. Chesson now has a Patriot League-leading 15 doubles and 39 RBIs in the season.

Lehigh added three more in the seventh when Cimino came up two and two and lifted a fly ball down the left field line as it hit the fence. Two runs were scored and Cimino raced all the way around the home run in the park to extend Lehigh’s lead to 5-0.

Young allowed three singles over seven innings, hit six and went one to improve to 6-7 that season. Barjaktarovich, O’Rourke and Charles each had two hits in the nightcap.

The Mountain Hawks will close the regular season this coming weekend with a home-and-home series of four games against rival Lafayette. Lehigh will travel to Easton for a double header on Saturday starting at noon, before welcoming the leopards to Leadership Park for two Sundays at 12 noon.