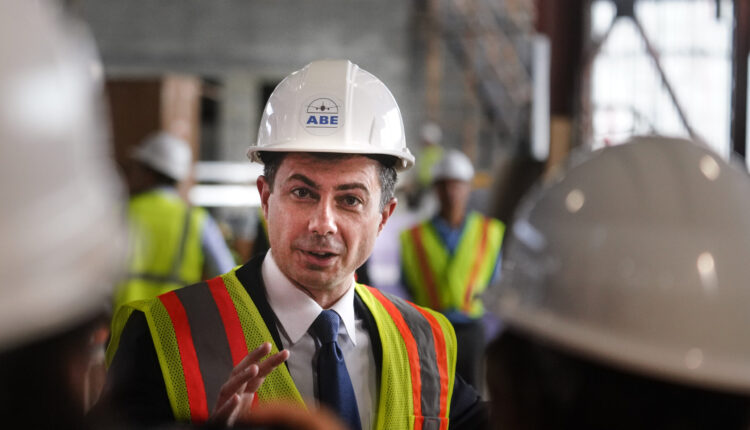 SCHNECKSVILLE, Pa.  —  Matthew Marcona of Allentown was a corpsman in the U.S. Navy, helping to provide medical care to 50,000 military personnel in Japan.

Then he found out about a grant program at Lehigh Carbon Community College that offers free tuition to veterans seeking to become commercially licensed drivers.

He’s now in the third week of the four-week program. When he finishes next week, he will take his CDL test and be ready for a job.

“It gave me an opportunity to provide for my family,” Marcona said.

Marcona’s story is the reason why Pete Buttigieg, the U.S. Secretary of Transportation, visited  LCCC on Tuesday to announce the college will receive a $193,677, two-year grant to provide free tuition for CLD training to 30 military veterans and five individuals from underserved communities.

The grant is among $3.1 million going to community colleges and training institutes through the Commercial Motor Vehicle Operator Safety Training Grant Program, a federal initiative to put more commercially licensed drivers, especially veterans, on the roads.

Buttigieg’s visit was part of his effort to see first-hand the connection between the $1.2 trillion, bipartisan Infrastructure Investment and Jobs Act that President Joe Biden signed in November and real-life benefits in communities.

Earlier Tuesday, Buttigieg stopped at Lehigh Valley International Airport to see the $29 million construction project that will include a connector bridge between the main terminal and departure building that will improve passenger flow and safety.

Buttigieg, who served in Afghanistan as a lieutenant in the U.S. Navy Reserve, said the CDL training grant is small in comparison to other efforts, but is nonetheless important for veterans.

“We owe it to them to make sure that when they come home, they can get the training they need to secure good paying civil jobs — especially at a time when we need more qualified commercial vehicle drivers,” Buttigieg told a crowd assembled near LCCC’s CDL training area.

Buttigieg said his department estimates that 300,000 drivers are leaving the industry every year, compounding a supply chain that’s still bogged down by the pandemic.

“So we can and must step up our efforts to recruit more people in this career and to give them the support they need to stay and thrive in this very important job,” Buttigieg said.

LCCC has received grants in the past, training 158 veterans as commercially licensed drivers, the college said.

Prior to his grant announcement, Buttigieg got a tour of the outdoor training site and heard about the Class A training program that runs 172 hours over four weeks.

He also watched students in action as they demonstrated their skills. Among those on hand to meet Buttigieg was Jabree Williams, 31, of Tamaqua who will take his CDL driving test next week.

“We are really counting on you,” Buttigieg told him. “You are a hot commodity.”

Also attending the event was Adam Hoffman, the northeast recruiter for TMC Transportation, an Iowa-based flatbed trucking company whose employees do regional runs. Hoffman said he visits LCCC once a month to talk to students about working for his company. The starting salary is $70,000.

A portion of the project is being funded with $5 million given in July through the infrastructure bill. The funding is from a new competitive grant program created by the act.

LVIA, the state’s fourth largest airport, has received over $11.5 million in federal investments since the start of 2021 as well as state help, including a $1.76 million grant that was announced in April. 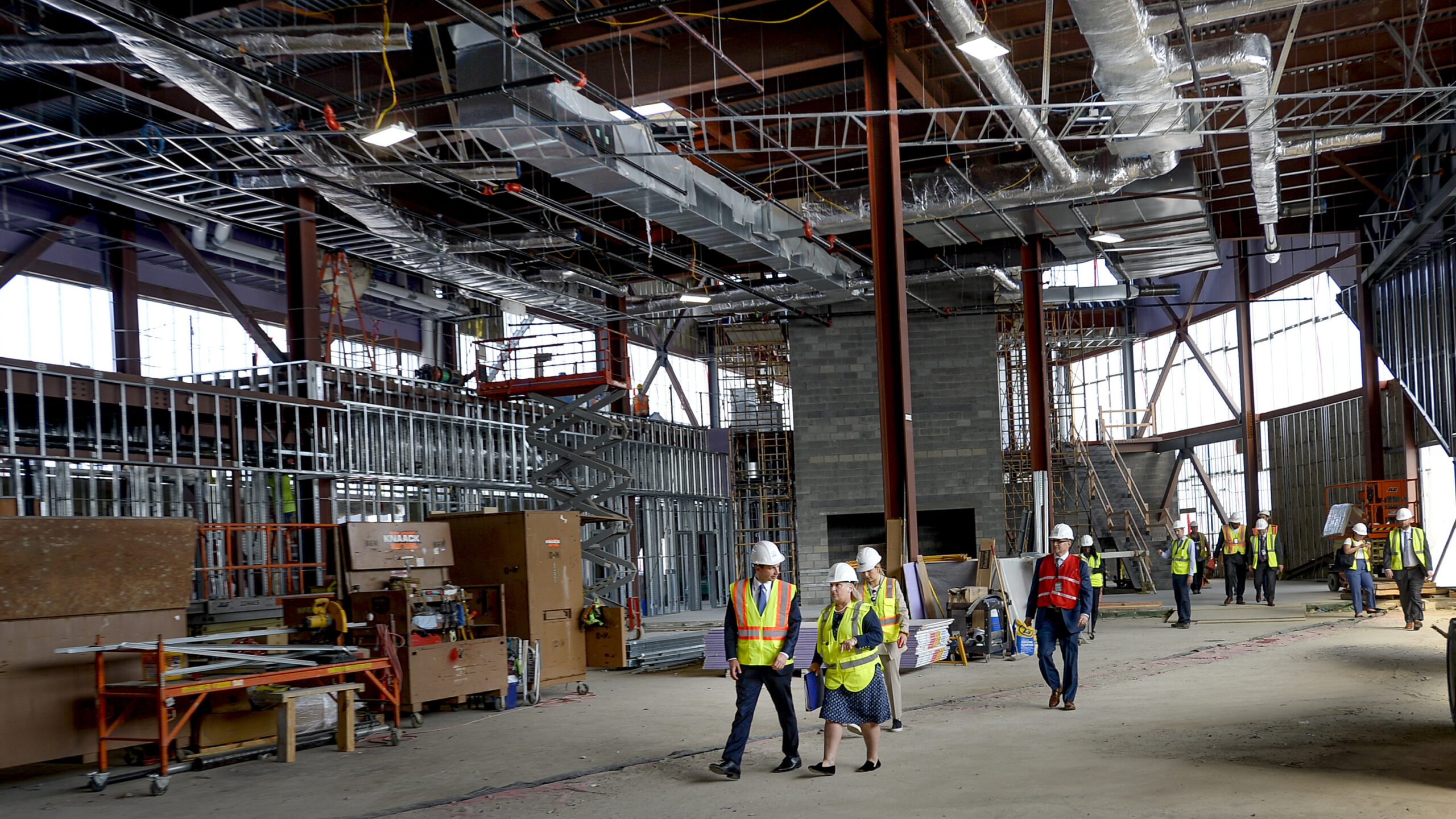 The project will allow LVIA to separate departing travelers from arriving travelers using the new connector and a 1974 tunnel built that currently handles traffic. The airport saw 92,652 passengers in June.

The security checkpoint, now in the tunnel, will be moved to the ticketing level and the number of security lanes, using the latest TSA technology, will be increased from two up to four.

From there, passengers will take an elevator, escalator, or stairs to the elevated connector that will bring them directly into the departure terminal.

Buttigieg’s stop in the Lehigh Valley coincides with a crucial time for Biden. Down with COVID-19, Biden was unable to visit Wilkes-Barre and Philadelphia last month to tout his agenda and help raise funds for Democrats. He was then hit with a rebound case.

Buttigieg, 40, has emerged as one of Biden’s more visible and popular cabinet members, even appearing on right-wing outlets such as Fox News, where he recently defended his husband Chasten’s tweet about protesters outside a restaurant where U.S. Supreme Court Justice Brett Kavanaugh was dining.

The former 2020 presidential candidate narrowly tied with Biden in a recent poll of New Hampshire Democrats on 2024 presidential contenders.

Two-Thirds of Americans Disapprove of Ending ‘Roe,’ but It’s Not a Top Voting Issue